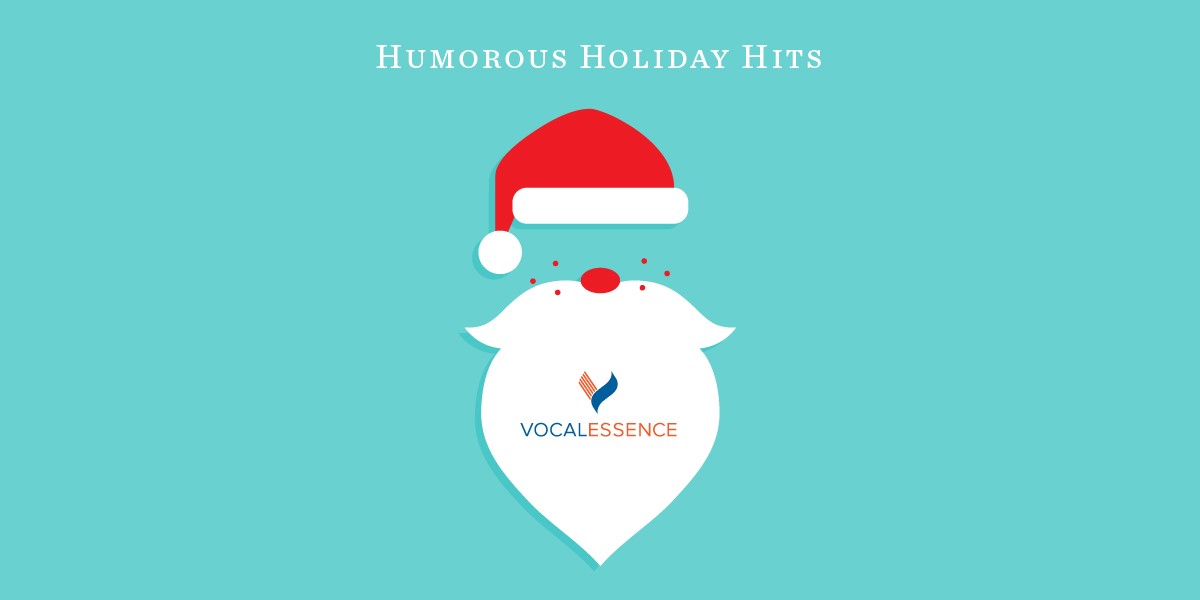 DEAR SANTA, HAVE YOU HAD THE MEASLES?

For a number of years the Ensemble Singers appeared with Philip Brunelle on Minnesota Public Radio each December with a program of humorous Christmas music that no one hears—this being one of the ‘gems.’

This ‘justly neglected’ story of an angel working a secular job was first recorded in the 40s by the Andrews Sisters, then by Fran Allison (of Kukla, Fran, & Ollie fame), and in the 50s by Arthur Godfrey and the Chordettes!

Ščedryk is a Ukrainian New Year’s carol (traditionally sung on January 13) telling the story of a swallow flying into a house to sing of wealth that will come the following spring (you can hear the bird pecking in the opening measures). Later Peter Wilhousky heard it and wrote his English lyrics as a Christmas song, “Carol of the Bells.”

CHRISTMAS ON THE MOON

This piece was written in December 1968 in time for Apollo 8’s orbit of the moon on Christmas Eve. Maria Jette emailed the folksinger/composer Jerry Silverman a copy of the sheet music and he told her that his adult sons didn’t recall what he describes as his “unforgettable, albeit forgotten masterpiece.” However, his wife can still sing the opening phrase!

THE SONG OF THE BELLS

Charles Gabriel, born in Muscatine, Iowa in the 19th century was best known as a prolific writer of gospel songs—his most famous songs are “His Eye Is On The Sparrow” and “Will the Circle Be Unbroken.” (Though he also wrote “The Silly Little Duck.”)

In 1840 Felix Mendelssohn composed a cantata for male chorus and brass band to commemorate the 400th anniversary of Gutenberg’s invention of the printing press. There was not a big demand to keep celebrating that anniversary in subsequent years though everyone loved the melody. In 1855 the melody was adapted to the words of Charles Wesley which we have known ever since.

ARE MY EARS ON STRAIGHT?

The original voice of Snoopy and one of the famous commercial cereal trio, Snap, Crackle & Pop, Mel Leven also had a long association with Walt Disney. He wrote songs for many great artists, from the Andrews Sisters to Peggy Lee, Nat King Cole, Dean Martin, and child singer Gayla Peavey of “I Want a Hippopotamus For Christmas” fame! This was the B side of the original 78 in 1953.

Rudolphus was translated by Philip Brunelle into Latin in 9th grade (in Miss Evangeline Peterson’s Latin class) as an extra credit assignment–students were asked to translate a Christmas song in Latin and Philip received an A+ for his work (though she did write on his paper that she had hoped he would choose from the sacred repertoire!).

Written in 1963, this unnerving saga of a downtrodden, anthropomorphic tree hopping around town was composed by Salvatore Antonio Guaragna…but this Italian immigrant songwriting legend is known by his Americanized name: Harry Warren!