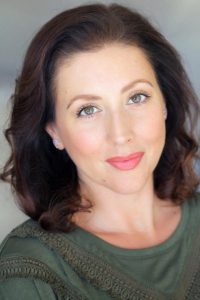 Praised for her “shimmering tones” and “star­ struck vulnerability” by Opera News, Greek-­American Soprano Jamie Chamberlin is recognized for her versatility as both a singer and as an actress.

ArtsInLA hailed her role debut as Cunegonde in Long Beach Operaʼs Candide as “jaw­dropping”. Most recently at LBO, Ms. Chamberlin earned rave reviews for her “soaring tone” (LA Weekly) and “superhuman soprano” (Schmopera) as Faustine in The Invention of Morel, a new opera by Stewart Copeland of the legendary rock band, The Police. In 2015, Chamberlin garnered national attention when she was selected to portray Marilyn Monroe in the US Premiere of Gavin Bryars’ Marilyn Forever in a haunting production by LBO’s visionary Artistic Director, Andreas Mitisek.

A gifted interpreter of new music, Ms. Chamberlin made her professional debut with the Los Angeles Philharmonic, singing the soprano solo in the World Premiere of Esa­Pekka Salonenʼs Wing on Wing during the inaugural season of the Walt Disney Concert Hall.

Ms. Chamberlin created the powerhouse role of Elyn Saks in the World Premiere of Kenneth Wellsʼ The Center Cannot Hold (based on Saksʼ memoir of the same title), a co-­production with UCLA and Pacific Opera Project, which continues to receive national attention for its impact in both the art and mental health communities. As a Young Artist, Jamie was selected to participate in the Merola Opera Program at San Francisco Opera, where her portrayal of troubled poetess Anne Sexton in Conrad Susaʼs Transformations was called “spellbinding” by SF Chronicleʼs Joshua Kosman.

The 2017­ – 2018 season marked a return to LBO as The Foreign Woman in The Consul, starring Patricia Racette, Isolde in Martin’s The Love Potion (Le Vin Herbé), and Hazel George in the US Premiere of Glassʼ “The Perfect American” (also at Chicago Opera Theater). Other season highlights include Ms. Chamberlin’s debut of the title role in “Lucia di Lammermoor” with Pacific Opera Project, concert appearances as soprano soloist with the California Philharmonic at Walt Disney Concert Hall, and Bakersfield Symphony Orchestra’s Mahler’s “Symphony No. 4” and Poulenc’s “Gloria.” Recently, Jamie and her husband, tenor Nathan Granner curated a lecture recital featuring the operas of Left Coast Composers for LA Made and LBO.

As a Delos Recording Artist, Ms. Chamberlinʼs “ fresh­-sounding, expressive soprano” (Opera News) has been praised for her work on “Terrain of the Heart”, song cycles of Mark Abel. Ms. Chamberlin created the role of Lisa on the World Premiere Delos recording of Abelʼs 2016 Chamber Opera, Home is a Harbor. Jamie’s recognizable sound can also be heard during the epic water ballet scene in the 2016 Coen Brothers film Hail, Caesar!, for which she was hand­picked by prolific film score composer, Carter Burwell.

A frequent artist with Los Angeles Opera, Ms. Chamberlin made her solo debut singing the High Priestess in Aida and the Cretan Woman in Idomeneo, with Plácido Domingo. Ms. Chamberlin has appeared extensively with the Pasadena Symphony and Louisville Orchestra under the baton of Jorgé Mester, an early champion in her career. Her repertoire has included Milhaudʼs Chants de Ronsard, Poulencʼs Gloria, Adamsʼ Grand Pianola Music and the Soprano I solo in Mozartʼs C Minor Mass. Jamie has also appeared with the Fort Collins Symphony singing Villa Lobosʼ Bachianas Brasileiras No. 5 and Mahlerʼs Fourth Symphony.

Jamie holds both Bachelor of Arts and Master of Music Degrees from UCLA and is the recipient of many awards and scholarships from organizations which include The Metropolitan Opera National Council Auditions, First Prize in the Performing Arts Scholarship Foundation, Third Prize in the Inaugural José Iturbi International Music Competition, The Opera Buffs, The Pilsbury Foundation, and the Society of Singers.

Stewart Copeland has spent more than three decades at the forefront of contemporary music as rock star and acclaimed film composer, as well as in the disparate worlds of opera, ballet, and world and chamber music.

Recruiting Sting and Andy Summers in 1977, Copeland is renowned as the founder of The Police, a band that became a defining force in rock music from the ‘80s through to the present day. His career includes the sale of more than 60 million records worldwide, and numerous awards, including five Grammy awards.

In 2017, The Chicago Opera Theatre premiered Copeland’s surreal chamber opera The Invention of Morel, a co-commission with Long Beach Opera based on the novel by Adolfo Bioy Casares. Copeland has also written two operas based on stories by Edgar Allen Poe: The Cask of Amontillado and The Tell-Tale Heart. Copeland has continued writing for Opera and 2020 will see the premiere of Electric Saint, commissioned by Staaskapelle Weimar as well as his Oratorio, Satan’s Fall, based on John Milton’s Paradise Lost, which premiered in Pittsburgh in February 2020.

The 2018/19 season saw Stewart Copeland premiere concerts of his project Stewart Copeland Lights Up The Orchestra, a concert showcasing the life of Stewart and his compositions, from The Police to Spyro the Dragon and Tyrant’s Crush with performances taking place across Germany and the UK.

In 2021, Copeland will debut a new project, ‘Stewart Copeland: The Police Deranged for Orchestra’, which focuses on the epic rise of his career. The concert is an evening bursting with The Police’s biggest hits including ‘Roxanne’, ​‘Don’t Stand To Close To Me’ and ​‘Message in a Bottle’ arranged for full symphony orchestra as well as hand-picked highlights from Copeland’s compositions. The world premiere will be held at the Concertgebouw, Amsterdam in July 2021 before touring the US and Europe in 2021 and 2022.

Recipient of the Hollywood Film Festival’s first Outstanding Music in Film Visionary Award, a Grammy nominee for his 2005 CD Orchestralli, and a 2003 inductee to the Rock and Roll Hall of Fame, Copeland has been responsible for some of the film world’s most innovative and ground-breaking scores. His numerous film scores include Oliver Stone’s Wall Street, the seminal score for the Golden Globe-nominated soundtrack for Francis Ford Coppola’s Rumble Fish, the score for Bruno Barreto’s Oscar-nominated Four Days in September and his Emmy nomination for the Showtime pilot and series Dead Like Me. His work in television includes contributions to The Equalizer, Babylon V, and Desperate Housewives. He also scored the blockbuster hit video game Spyro.

The rise, subsequent success, and ultimate demise of The Police over an eight-year period were all recorded and kept as a video diary in 8mm film by Copeland. That diary became the film Everyone Stares: The Police Inside Out, which premiered at the Sundance Film Festival and debuted on the Showtime network. Between international performances of his many orchestral works, Stewart has also presented the highly rated ‘On Drums – Stewart Copeland!’ for BBC 4 and has filmed a new 3 one-hour documentary series for them, called ‘What Is Music’ broadcast in Autumn 2019. 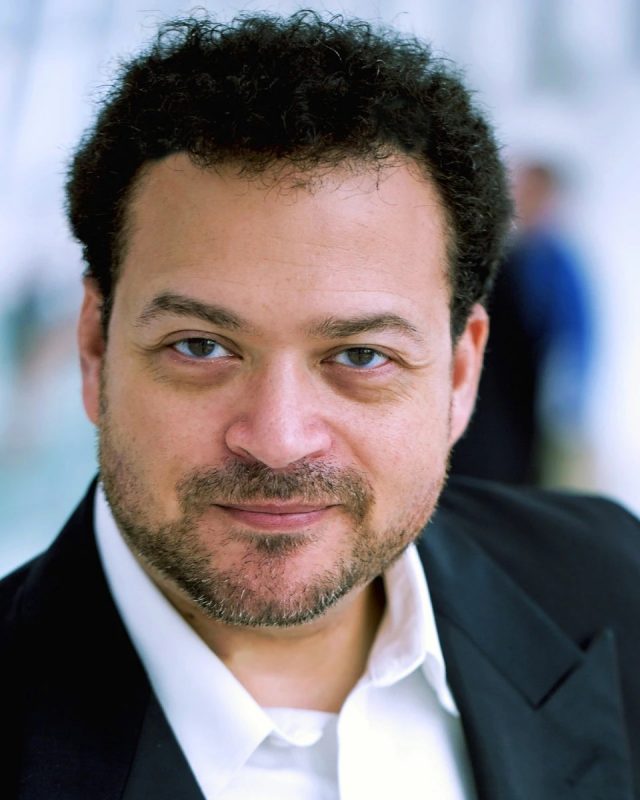 Nathan has created numerous characters in world premiere operas including the role of Korey Wise in Anthony Davis’ Pulitzer Prize winning “The Central Park Five,” the title character in Stewart Copeland’s “The Invention of Morel” for Chicago Opera Theater and Long Beach Opera and the role of Aubrey Wells in Laura Kaminsky’s newest opera Today it Rains with Opera Paralléle.

Not to be undone by Covid19, Mr. Granner has used his skills as a producing artist to create a multitude of video performances for a number of different organizations, including “Sing Out Loud” a web series for LA Opera’s Connects division (with his wife, soprano Jamie Chamberlin) has led to a passel of new fans and will be returning for another season. Stay tuned for a LOT more.

Granner’s work as a recording artist (with Sony Classical, as a founding member of The American Tenors), netted a top five on the Billboard Classical-Crossover charts and as a headliner has sent him touring across the nation and into the EU and Russia. 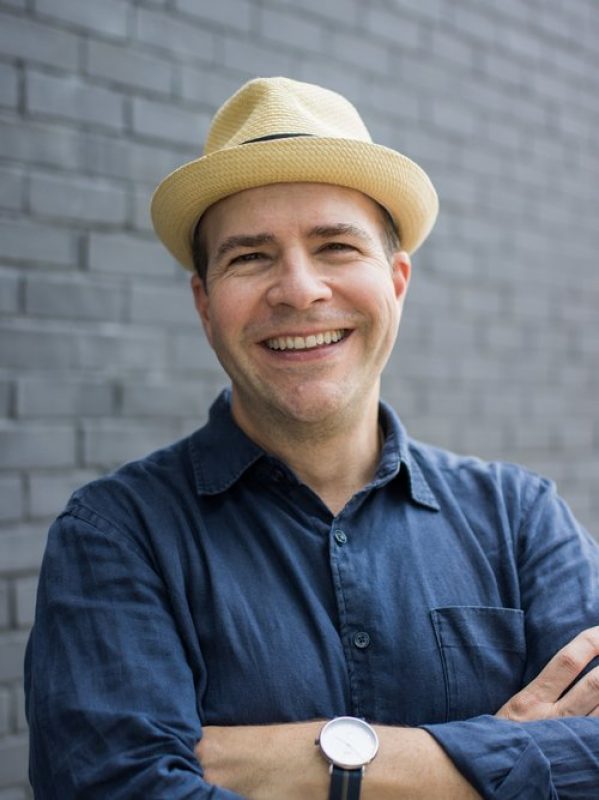 Peter Rothstein works extensively as a director of theater, musical theater, opera and new work development. He is the Founding Artistic Director of Theater Latté Da, a Twin Cities-based company dedicated to adventurous music-theater. Since the company’s inception in 1992, Peter has directed 73 main-stage productions, including 11 world premieres and 12 area premieres. In 2012 the company launched NEXT, a major new works initiative for the development of new music-theater.

Directing highlights include Other Desert Cities, M. Butterfly and Private Lives for the Guthrie Theater, record-breaking productions of Annie, The Wizard of Oz, and the world premiere of Disney’s High School Musical for the Children’s Theatre Company; Cosi fan tutte for the Minnesota Opera; Doubt, Once on this Island and Miss Julie for Ten Thousand Things; Guys and Dolls and Oklahoma! for Seattle’s 5th Avenue Theatre; and award-winning productions of Spring Awakening, La Bohème, Old Wicked Songs and Violet for Theater Latté Da.

Peter frequently directs workshops of new plays, musicals and operas with Theater Latté Da, the Playwrights’ Center, Philadelphia’s PlayPenn and the Illusion Theatre, where he is an artistic associate.

He is the creator of All Is Calm: The Christmas Truce of 1914, which premiered in a live broadcast on Minnesota Public Radio and has since been broadcast around the globe. In 2018, All is Calm received its Off-Broadway debut at the Sheen Center for Thought & Culture, for which it won a 2019 Drama Desk Award for Unique Theatrical Experience. This original docu-musical had its world premiere in a live broadcast on Minnesota Public Radio in 2007. Since that time, the show has enjoyed global success reaching more than 50 cities playing prestigious venues such as The Kennedy Center (Washington, D.C.), Cal Performances (Berkeley, CA) and the Metropolitan Museum of Art (New York). The show has toured 11 season across North America and has been licensed and performed by theater companies and choruses across the US and Canada. Peter is also the creator of Steerage Song along with musician and storyteller Dan Chouinard. Steerage Song is a new musical about the European American immigrant experience between 1845 and 1924 seen through the lens of the current immigration debate. The work includes songs from 25 countries and is performed in 18 different languages.

Peter has served on the board of directors for the National Alliance for Musical Theatre, Alive and Kickin’ and the Twin Cities’ Ivey Awards. He also served on the steering committee for the creation of the Minnesota Theater Alliance. He has been as a panelist and evaluator for the Playwrights’ Center, the McKnight Foundation, the Minnesota State Arts Board and the National Alliance for Musical Theatre’s Festival of New Musicals.