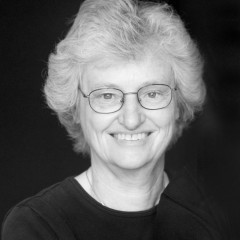 Anita Ruth has been active in the Twin Cities theatrical and musical circles for over 35 years. After serving as musical director for over 80 shows at the Chanhassen Dinner Theaters, she has led a varied and exciting life as a freelance musician and educator. She spent eight years with the Children’s Theater Company in both theatrical and educational capacities. Continuing her work with young people, Anita has partnered with T. Mychael Rambo on the COMPAS Artist Roster, being named Artists of the Year in 2006 by Young Audiences of Minnesota. Anita has worked for 10 years with Project Success, a local nonprofit organization dedicated to helping inner-city students thrive and fulfill their dreams. She is the musical director for three theater projects each year, involving a total of over 300 students. Her work as a teacher also extends to music directing four shows every year with Bloomington Civic Theater. But it is with the WITNESS Program that she finds her greatest educational experiences. A roster member for nine years, Anita is committed to bringing the true story of African American history, song, and culture to all students and educators.