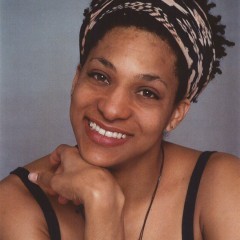 Roxane Wallace is active in the arts as a performer, teacher, dancer, and choreographer.  Originally from California, she holds a BA in Philosophy from the University of California at Berkeley.  Constantly engaged in her field, she has worked with choreographers and directors of both regional and international acclaim earning her the “Best Dancer” title in the 2004 City Pages “Best of the Twin Cities”, a 2007 MN Sage Award for Outstanding Performer, and the honor of being named a McKnight Artist Fellow in Dance.  Mrs. Wallace was seen nationally and internationally as a principal artist with Stuart Pimsler Dance and Theater Company for 15 years.  As a creator of original, socially conscious work Mrs. Wallace wrote, choreographed, directed and produced “Evolution of a Soul Sista” and her “REvolutionary Soul Sistas” was presented by The Red Eye Theater where she served as a member of their Critical Core group.  She continues to conduct workshops, serve as a guest instructor and/or choreographer and provides inspiration through dance to all ages in schools, universities, community groups and organizations around the Twin Cities and beyond.  Currently, in addition to the VocalEssence WITNESS program, she is a company member of Time Track Productions, a teaching artist for the Cowles Center for Dance and the Performing Arts and an instructor at Zenon Dance Studio and School.