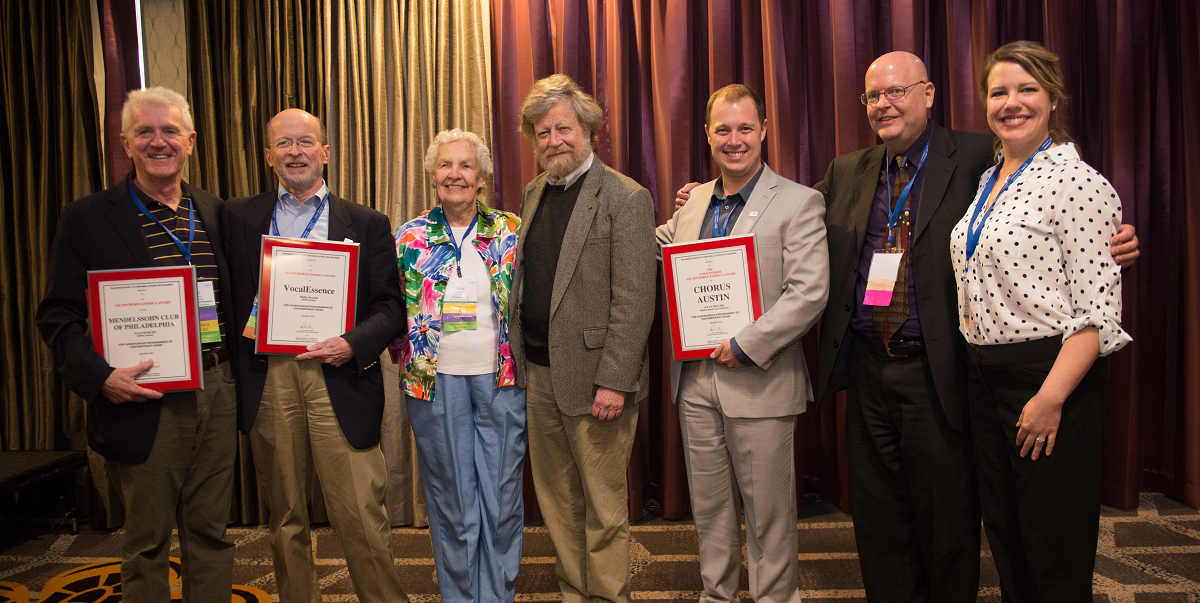 In addition to championing lesser-known works of the past, VocalEssence has an unwavering commitment to today’s composers, which has resulted in more than 140 world premieres to date. The organization has received the ASCAP/Chorus America Award for adventurous programming of contemporary music six times and has been honored with more Chorus America awards than any other ensemble nationwide, including the once-in-an-organizational-lifetime Margaret Hillis Achievement Award for Choral Excellence.

Among the many awards received by VocalEssence Artistic Director and Founder Philip Brunelle are: