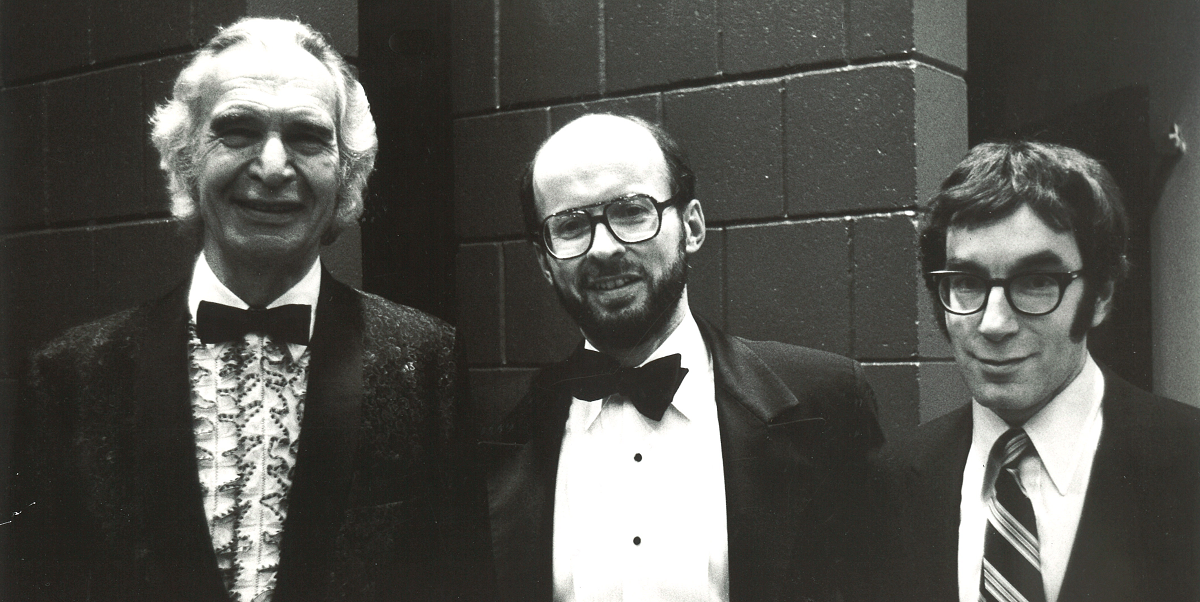 1970 Aaron Copland conducts a performance of his choral works aptly titled “In the Beginning.”

1973 Dave Brubeck Jazz legend performs the Midwest premiere of his To Hope: A Celebration.

1986 Philip Brunelle and Libby Larsen visit Egypt to plan for the world premiere of Larsen’s Coming Forth into Day, narrated by Jehan Sadat.

1988 Benjamin Britten’s Paul Bunyan is performed by VocalEssence at the Aldeburgh Music Festival in England.

1992 Awards VocalEssence receives the first of six national awards for Adventurous Choral Programming­–more than any other American chorus.

1997 Prague Spring Festival The Ensemble Singers are the first professional American chorus to perform at this festival.

2002 Barnum’s Bird An opera by Libby Larsen is premiered at the Library of Congress.

2002 World Symposium on Choral Music hosted in the U.S. by VocalEssence for the first time: Mayor R.T. Rybak welcomes and conducts attendees.

2007 William Bolcom A two-week multimedia festival celebrates the music of this master composer.

2010 Mallets & Melodies As part of the Marimba 2010 Festival & Convention featuring 20 marimbas at the Cathedral of Saint Paul.

2012 WITNESS: In the Spirit of Being brings composer, educator and jazz trumpeter Hannibal Lokumbe to the Twin Cities.