These popular shows are back. 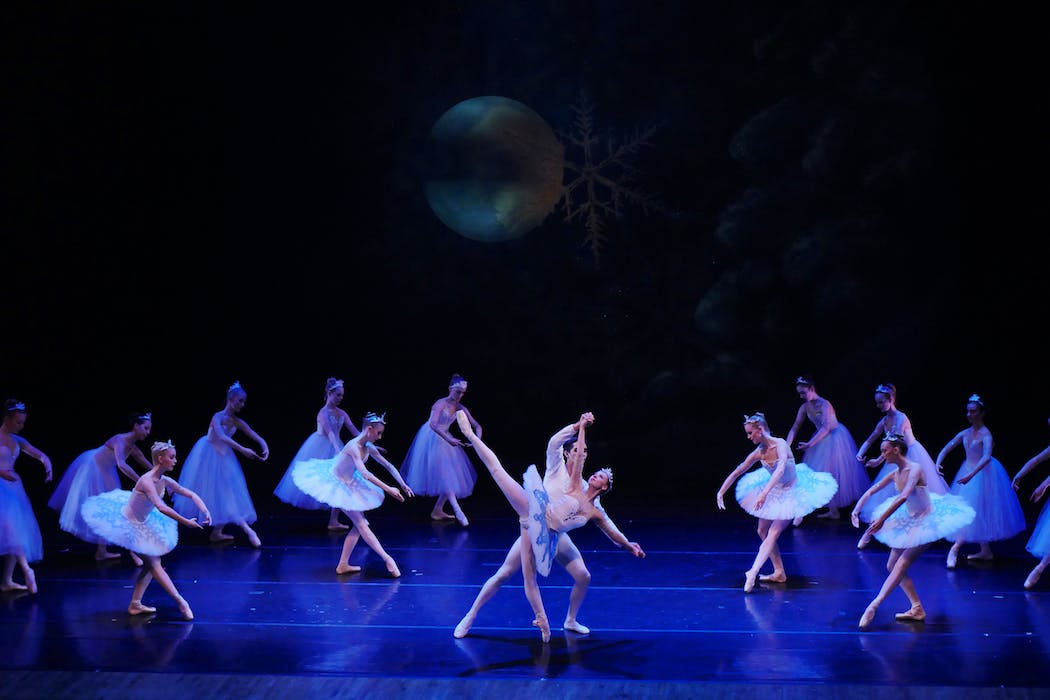 The return to holiday show traditions after a year without them wouldn’t be complete without this classic. Performed in the ornate grandness of the State Theatre, the Minnesota Dance Theatre’s version of Tchaikovsky’s ballet is a delectable foray into sweet storytelling, inspired choreography by MDT’s founder that stands up after after five decades, and live music from a 44-piece orchestra conducted by Philip Brunelle. (7:30 p.m. Dec. 17, 3 p.m. Dec. 18-21, 1 & 6 p.m. Dec. 22, 805 Hennepin Av. S., Mpls., $19-$80, 1-800-982-2787 or hennepintheatretrust.org) 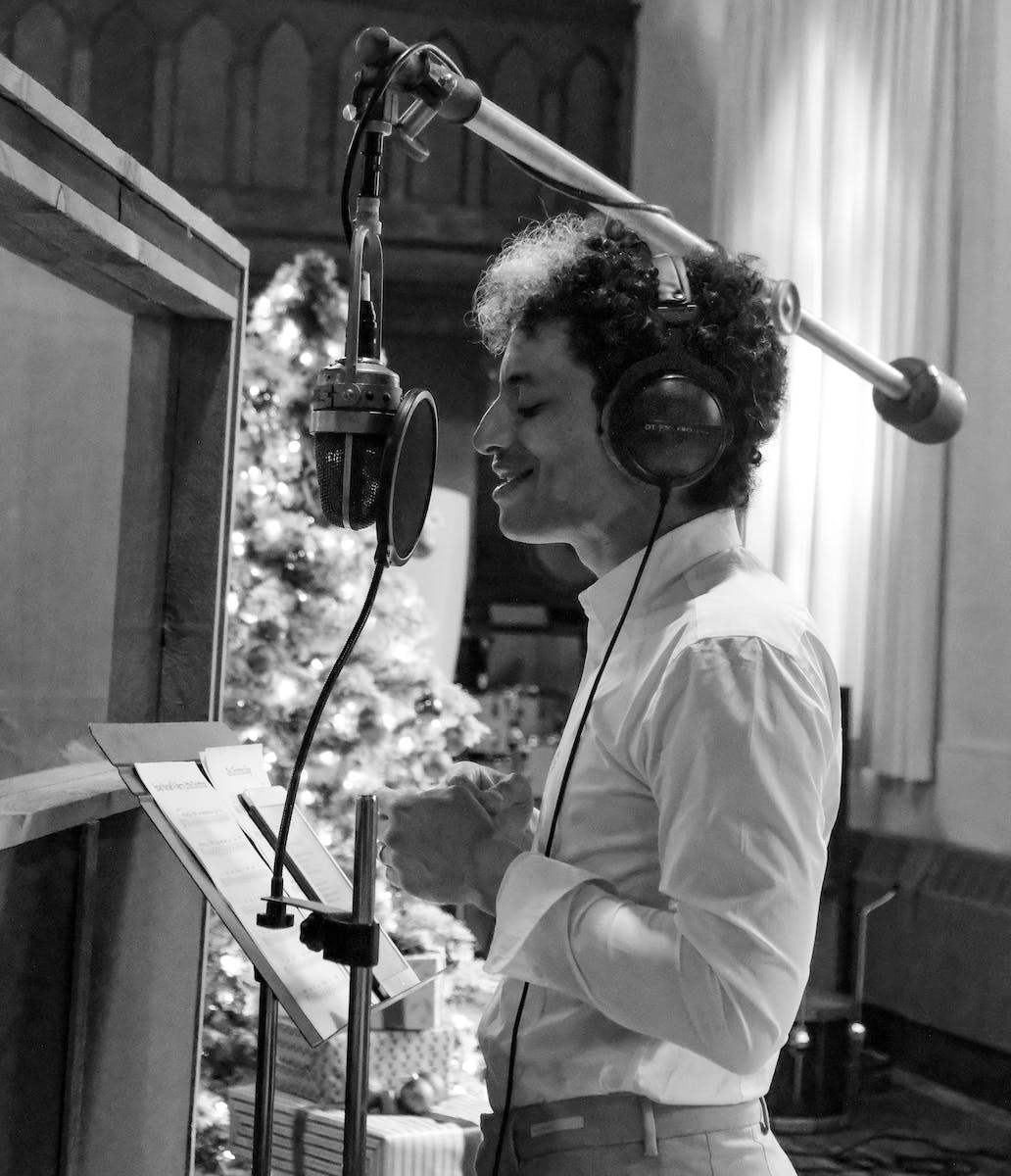 Since his debut disc in 2003, the Minneapolis-born and -bred vocalist has established himself as an esteemed musical adventurer, melding jazz and hip-hop into his own distinctive new-jack jazz sound. After recording several praiseworthy original collections as well as tributes to Billie Holiday and Bill Withers, the New Yorker delivered this year’s “Merry Christmas From Jose James.” He offers two originals, including “Christmas in New York,” and reimagines such familiar fare as “This Christmas” with his 8-year-old daughter and “My Favorite Things” with heartwarming saxophonist Marcus Strickland. James’ hometown is one of only 10 cities on his first holiday tour. (7 p.m. Dec. 11 & 12, Dakota, 1010 Nicollet Mall, Mpls. $40-$50, dakotacooks.com) 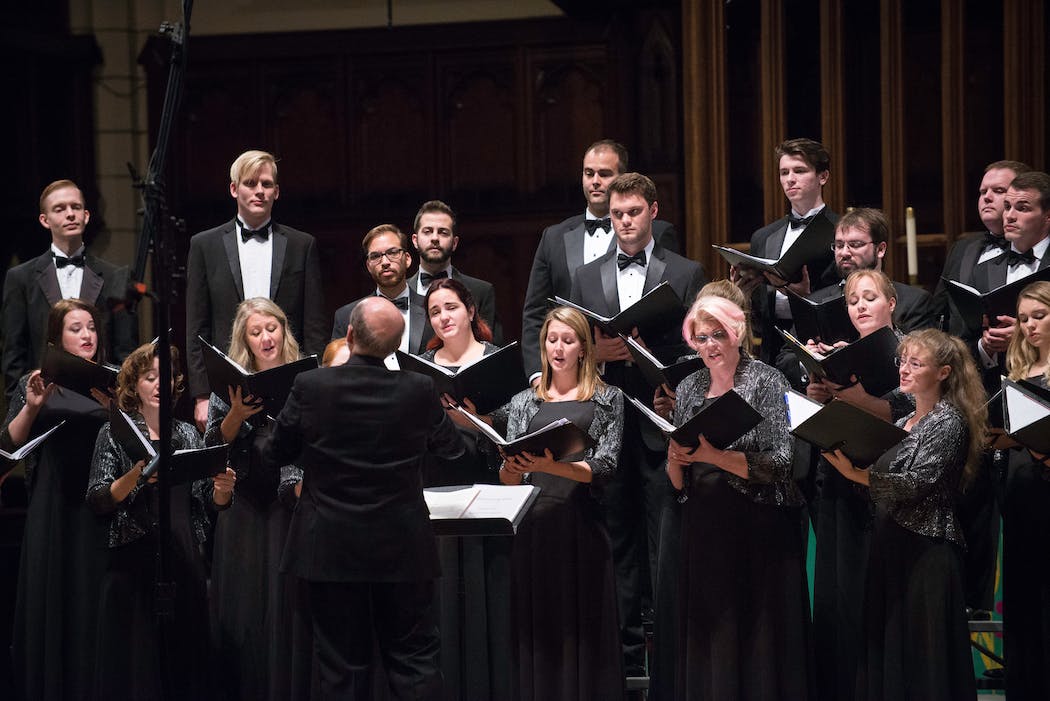 Here’s to more collaboration among local classical music organizations. The VocalEssence Ensemble Singers will team up with the instrumentalists of the Bach Society of Minnesota to perform four cantatas from J.S. Bach’s massive work, which tells the Nativity story with splendid music. Nicholas Chalmers acts as your singing narrator, while conducting duties are split between VocalEssence’s Philip Brunelle and the Bach Society’s Matthias Maute. (7:30 p.m. Dec. 3, Basilica of St. Mary, 1600 Hennepin Av. S., Mpls., $20-$40, 612-371-5656 or vocalessence.org) 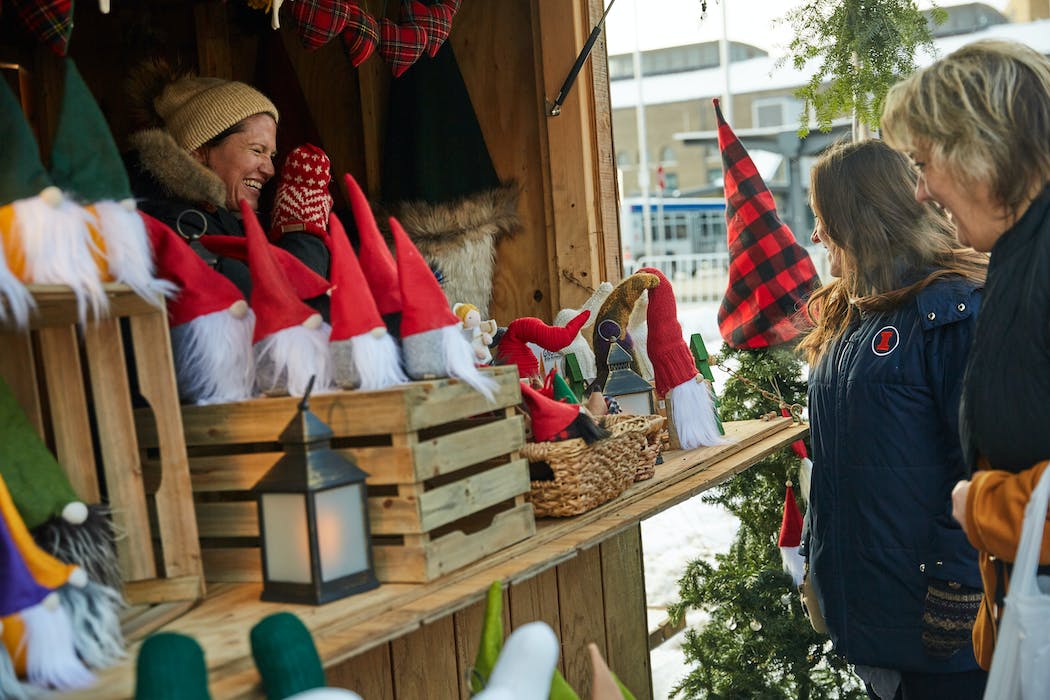 PROVIDED BY UNION DEPOT A stand at the Union Depot’s European Christmas Market.

Hub for the holidays

Union Depot brings cheer and hometown charm to the season. Shop for presents and home decor at the outdoor European Christmas Market, modeled after markets in Germany and Austria. On Dec. 4, the St. Paul Winter Carnival button will be revealed along with music, ceremonial tree lighting and fireworks. Kids who have resisted the urge to be naughty can ride the North Pole Express with Santa to visit his village, where elves are busy at work. Twin Cities bakeries will provide tantalizing treats for a holiday bake sale. And a “Frozen” movie night features crafts, activities and a visit from Anna and Elsa. (Nov. 26-Dec. 19. 214 E. 4th St., St. Paul. uniondepot.org) 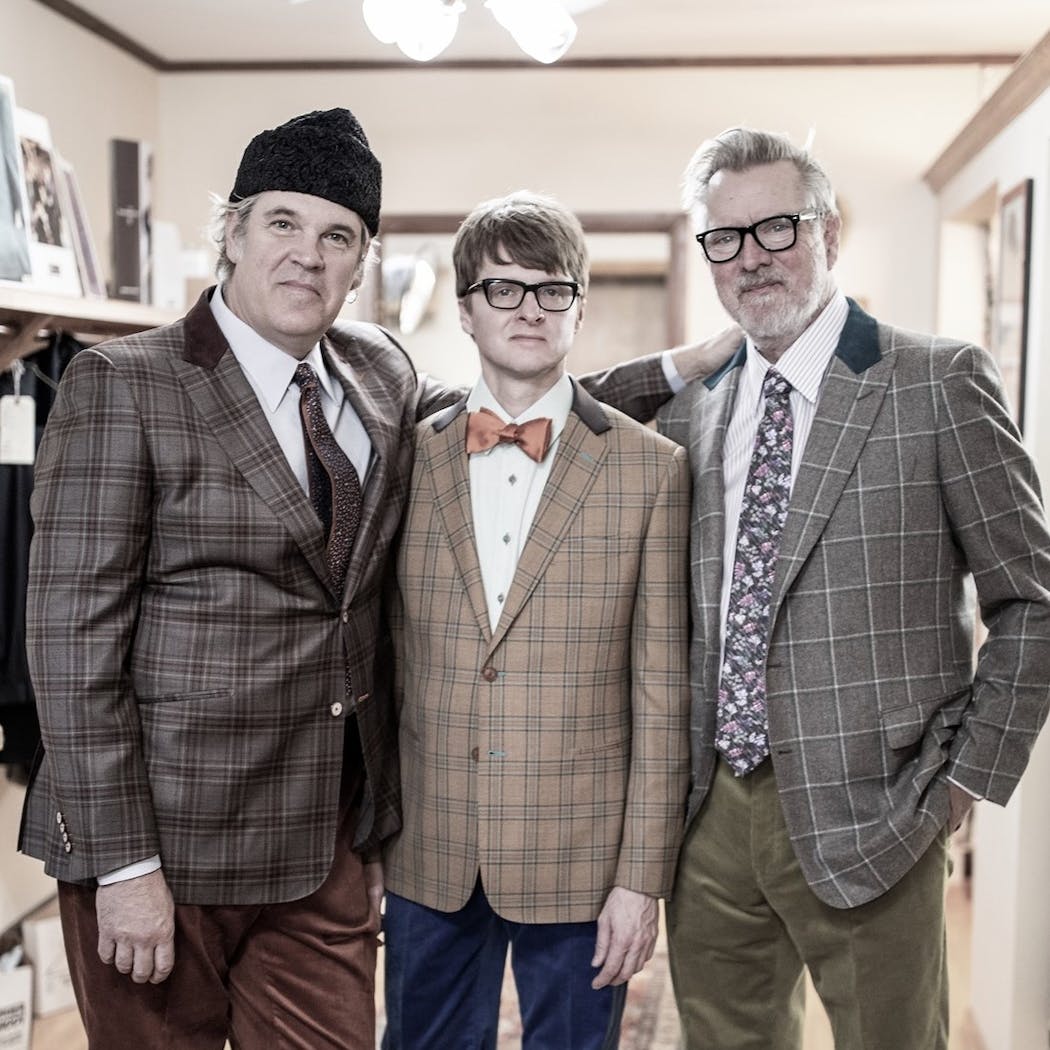 The New Standards & the Suburbs

“Home for the holidays” takes on new meaning for Chan Poling in 2021. Following a second hiatus in as many years to undergo treatment at the Mayo Clinic, the Twin Cities pop/rock vet will be at home on the stage again for holiday concerts with his jazzy revisionist trio the New Standards and their cast of many friends — a 15-year tradition bound to be even more gleeful this year (Dec. 3-4, State Theatre, Mpls., three shows, $54-$124, ticketmaster.com; Dec. 18, Sheldon Theatre, Red Wing, $30-$55, sheldontheatre.org). Poling will then get back to full-tilt bone rattling with his original band the Suburbs, capping off this year’s release of their richly varied album “Poet’s Party” with a wild-minded New Year’s Eve party also featuring Suicide Commandos and Scrunchies. (Dec. 31, Palace Theatre, St. Paul, $30-$50, axs.com) 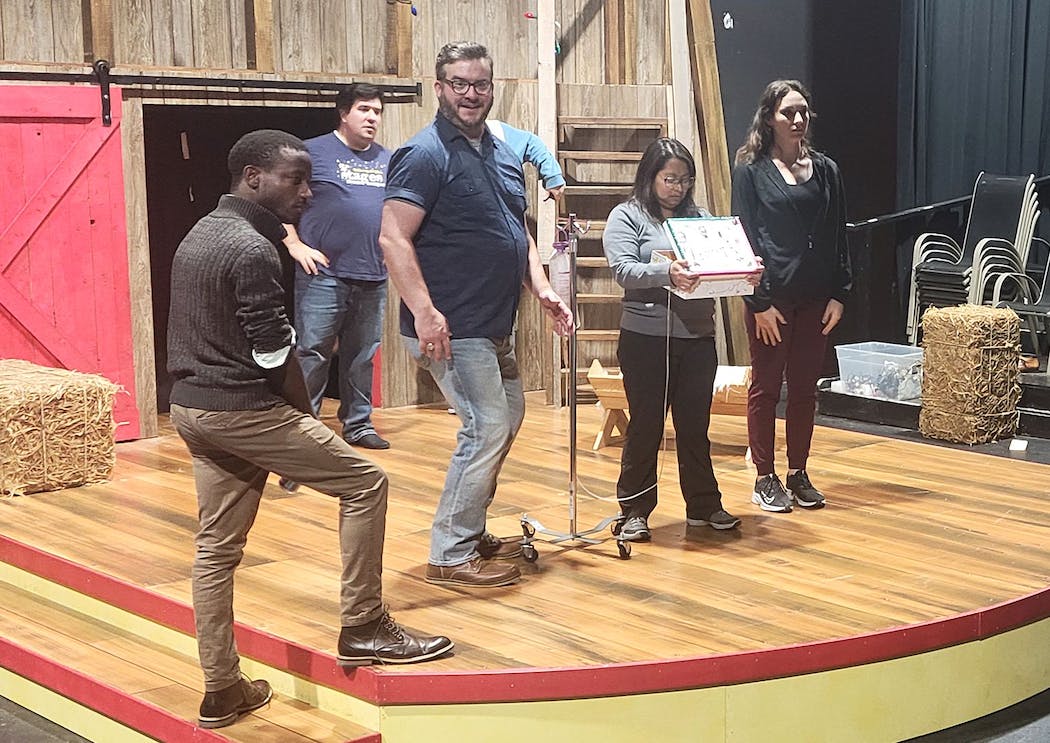 PROVIDED BY YELLOW TREE THEATRE The cast of “Another Miracle on Christmas Lake” during a recent rehearsal.

‘Another Miracle on Christmas Lake’

Osseo’s Yellow Tree Theatre brings back this holiday favorite — a comedy that promises “lutefisk and lizards, true love and Tater Tots.” Four pals are scheming to save the fading town of Christmas Lake and their efforts include attracting the interest of Hollywood, which is looking for a place to shoot a remake of “It’s a Wonderful Life.” Written by Yellow Tree cofounder Jessica Lind Peterson, it features Jason Ballweber, Antonio Duke and Sarah Dickson. (Nov. 12-Jan. 2 at 7:30 p.m. Wed.-Fri., 2 & 7:30 p.m. Sat., 2 p.m. Sun. Yellow Tree Theatre, 320 5th Av. SE, Osseo, $27-$39, 763-493-8733 or yellowtreetheatre.com) 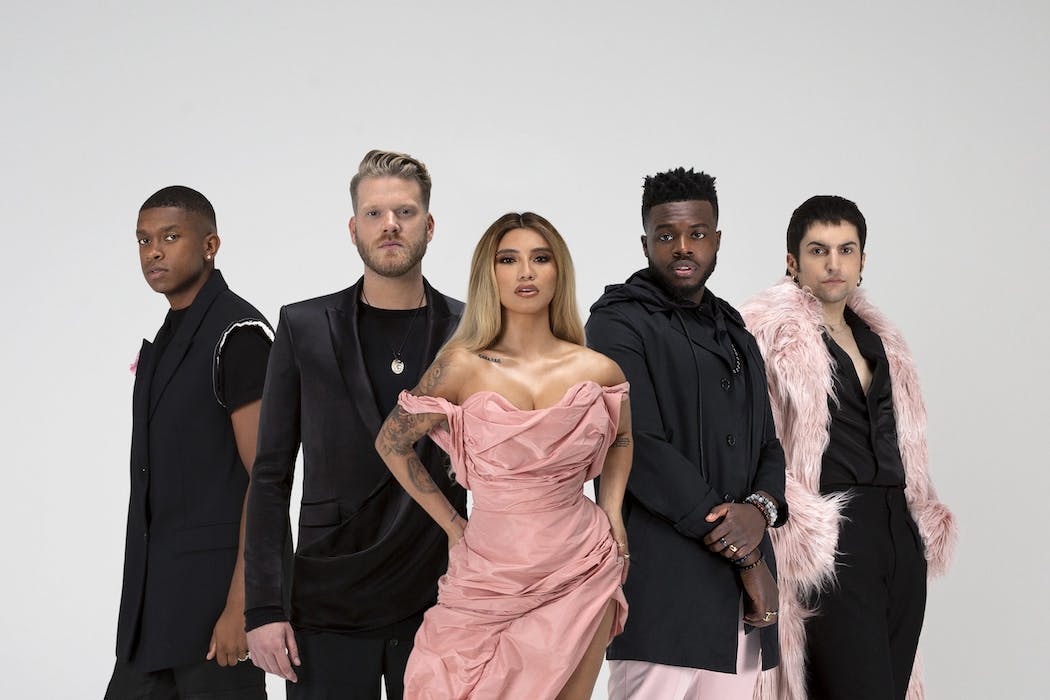 In the 10 years since the a cappella quintet triumphed on NBC’s “The Sing Off,” they have issued five studio albums and five full-length holiday albums and starred in three NBC yule specials. Yes, Pentatonix loves Christmas as much as your kiddos do. On this year’s release, “Evergreen,” the Texas-launched singers skate away on “River,” rejoice on “Wonderful Christmastime,” get reverent on “The Prayer” and travel “Over the River” with violinist Lindsey Stirling. Like your shopping list, Pentatonix’s holiday repertoire is deep and wide. (7 p.m. Dec. 18, Target Center, 601 1st Av. N., Mpls., $25.50 and up, ticketmaster.com) 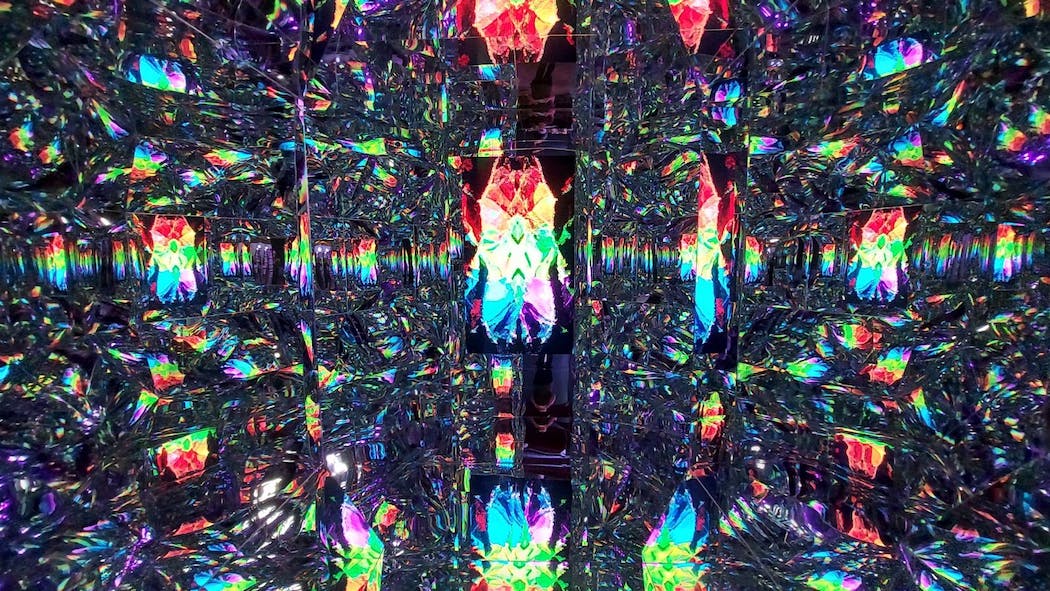 Forget “Immersive Van Gogh” and head instead to this “transcendent immersive art experience.” Created by Guatemalan new-media artist Adrian Stein, the 30-minute ticketed experience offers two versions — a “reality-bending” infinity room and an interactive audio/visual odyssey in full virtual reality. Both sound surreal; the point is to use VR and augmented-reality elements to blur the line between humans and technology, much like Yayoi Kusama’s popular “Infinity Mirror Room,” which used mirrors to create a perceptual experience and has toured the world. (Nov. 18-Jan. 31, REM5 Virtual Reality Laboratory, St. Louis Park. $25. Groups of up to six people welcome. 952-855-7592 or rem5VR.com)