Critics’ picks for Twin Cities entertainment this weekend and beyond. 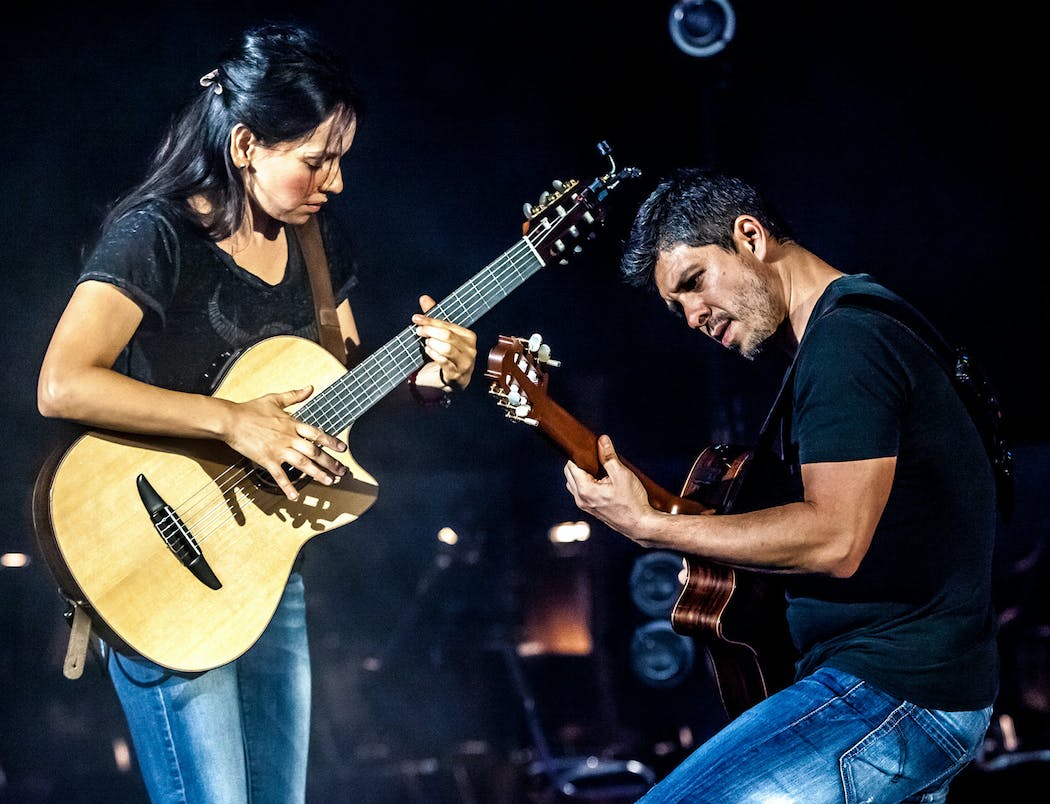 James Sewell Ballet
JSB’s 30th anniversary tour was cut short last year, but the celebration is back with bells on. A program this weekend highlights favorite works from the company’s history, including “Made in America,” a piece Sewell choreographed in 2000 drawing on American musical cultural history, as well as new work by JSB’s inaugural resident choreographer. Da’Rius Malone has been in the company for four seasons, and now steps into his new role with a piece reflecting on the pandemic as well as police brutality. In person and live-streamed. (7 p.m. Sat., 2 p.m. Sun., Cowles Center, 528 Hennepin Av. S., Mpls, $20-$35, 612-206-3600,thecowlescenter.org)
SHEILA REGAN

‘King of the Kosher Grocers’
The first play at the newly refurbished Capri Theater is also historic because it features Michael Tezla and Joe Minjares playing roles they originated in 1991, when this comedy was first produced in the Twin Cities. Directed by Peter Moore and also featuring Pearce Bunting and James A. Williams, it’s about a kosher grocery store that changes along with its north Minneapolis neighborhood. (7:30 p.m. Fri., 2 and 7:30 p.m. Sat, 2 p.m. Sun. through Nov. 7. $10-$20, 2027 W. Broadway, Mpls, stagenorthmpls.org, masks and vaccine or test required.)
CHRIS HEWITT

Rodrigo y Gabriela
For their Request Tour 2021, the dazzling Mexican guitar duo have asked fans to vote for songs at rodgab.com. Too bad their latest offering, an interpretation of Metallica’s “The Struggle Within,” isn’t among the choices. But such favorites as “The Pirate That Should Not Be,” “Stairway to Heaven” and “11:11” are. Melding flamenco, jazz and heavy metal, Rod y Gab’s instrumental presentations are explosive and exhilarating. (8 p.m. Sat., Fillmore Minneapolis, 525 N. 5th St., Mpls., $39-$65, ticketmaster.com)
JON BREAM

Dr. Dog
While most bands were clamoring to return to the road after quarantine, this cult-loved Philadelphia rock quintet apparently enjoyed the time off. “This is not a breakup,” the members clarified in June when they announced their fall itinerary would be their last as a touring band, after 15-plus years of innumerable festival and club gigs. The psychedelic soul-rockers always loved First Ave, and Twin Cities fans are sure to requite that fondness at this final two-night fling. (8 p.m. Oct. 20-21, First Avenue, 701 1st Av. N., Mpls., $35, axs.com, vaccine or test results required.)
CHRIS RIEMENSCHNEIDER

Lanue
Duluth singer/songwriter Sarah Krueger emerged from quarantine with a new stage name and a warm, ethereal folk-rock album, each inspired by a commitment to living more in touch with nature and her poetic side. She’s finally getting around to a Twin Cities release party for the self-titled album, featuring members of the Bon Iver and Low camps with bluesy powerhouse Annie Mack opening. (8 p.m. Sat., Parkway Theater, 4814 Chicago Av. S., Mpls., $20-$35, theparkwaytheater.com, vaccine or test required.)
C.R.

Jake Baldwin
The Twin Cities trumpeter’s debut album as a leader, “Where You’re Planted,” out Friday, chooses not to strut his formidable technique and is instead imbued with atmospheric originals such as the sprightly postbop march, “Maps in a Mirror,” the suave and sunny groove of “Aviar” and the slow blues “4U,” which feels like a stripped-down version of a 1940s big band arrangement. Baldwin’s quintet will showcase the material in concert. (8 p.m. Mon., Icehouse, 2528 Nicollet Av. S., Mpls., $12 advance, $15 day of show, icehousempls.com)
BRITT ROBSON