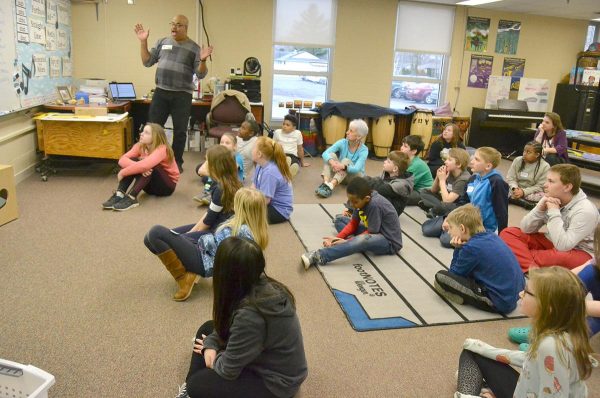 VocalEssence is a Minnesota arts organization that “uses the power of choral music to enhance our community by producing innovative vocal music events that stir people’s souls.” It started the Witness program in 1991 to celebrate artistic contributions African Americans have made to the fine arts and common cultural heritage, and it does this through concerts, recordings and school programs. The program provides in-school workshops, professional development and classroom resources and invites schools to attend VocalEssence Witness Young People’s Concerts. 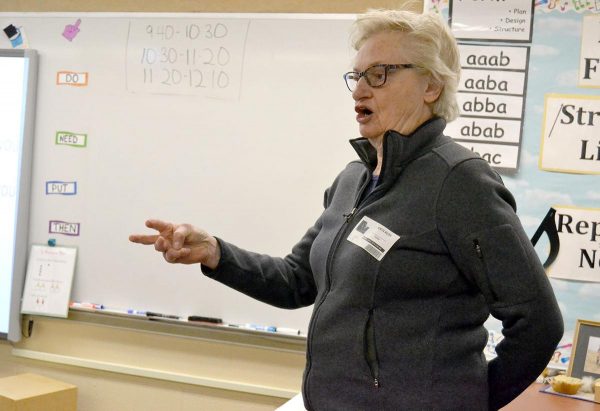 On April 4, Westview fifth-graders worked with T. Mychael Rambo, an Emmy Award-winning actor, vocalist and arts educator and Anita Ruth, a musician and educator who has been active in the Twin Cities theatrical, musical and educational circles for many years. Rambo and Ruth taught the students about how to write a blues song.

Music teacher Brenda Bush said as part of this year’s program, the students learned about four African Americans who are considered “trailblazers.” The fifth-graders worked with Rambo and Ruth in groups to write blues songs about how they would describe trailblazers. They were also at the school over the winter to introduce a concert the students attended. Bush said students have also studied different types of African American music, including spirituals and the blues.