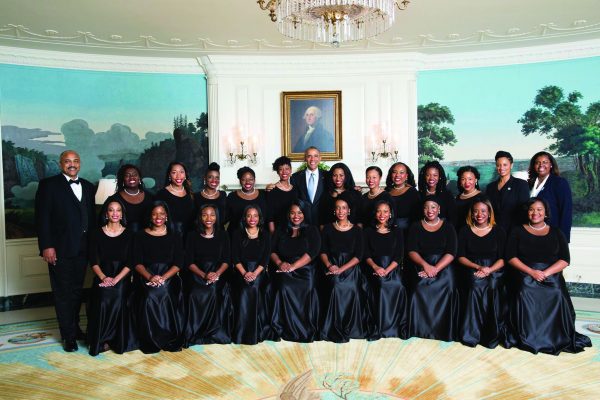 Back in 2017, VocalEssence associate conductor G. Phillip Shoultz III was starting to plan the group’s annual Witness concert and was thinking about influential women who changed everything.
“I was struck by what is going on in our society with the rise and prominence of women and equality as it relates to women, particularly women of color,” Shoultz said. “I thought about using the concert to celebrate the role of important African-American women. At first, I thought we’d take the Harriet Tubman route. But the more I dug into it — and I should note I’m from Georgia — I realized we have our own set of trailblazing women right here in the Twin Cities.”

“From there, I began to curate the music for the concert, learn the stories and find music that would speak to those stories,” Shoultz said.

VocalEssence artistic director Philip Brunelle founded Witness in 1991 in order “to celebrate the artistic contributions of African-Americans to the fine arts and to our common cultural heritage.” It began as a single concert and has grown to include an educational component that visits more than 50 schools. James Earl Jones, Rita Dove, Billy Taylor, Patrice Rushen, Yolanda Williams, Moore by Four and the Fairfield Four are among the many guests to perform at Witness concerts over the years.

Planning typically starts two years in advance. “Each year, we try to find a theme that will speak to students and teachers as well as something we can bring to the general public,” Shoultz said. “It’s a fun and unique challenge. And we hadn’t really spent a lot of time with people who are living.”

After letting the theme percolate for a while, Shoultz came up with the ideal musical guest, the Spelman College Glee Club. He was already quite familiar with the group from the historically black women’s college in Atlanta. “It’s known for producing a lot of scholars, government officials, scientists, mathematicians. The glee club is the perfect complement to the whole gist of the program. We’ll have 36 of these wonderfully talented women on stage. And, musically, they have something unique to say. They’ve got a wonderful, robust and full sound that’s not often associated with female voices.”

Shoultz specifically chose a pair of songs for the Singers of This Age, “Resilience” by St. Paul composer Abbie Betinis and “This Is Me,” the Golden Globe Award=winning song from the film “The Greatest Showman.”

“Their pieces really dig into that personal feel of youth. ‘Resilience’ calls everyone to action, it’s profound. And with ‘This Is Me,’ we wanted to empower each one of those young people on the stage and those in the audience. The two songs are really going to speak to concertgoers from the young people’s perspective.”

As for the Spelman College Glee Club, they’ll perform two different sets with new arrangements of traditional spirituals as well as original pieces written by their conductor and one of their students.

Witness will conclude with all three choirs singing “Still I Rise,” a song based on Maya Angelou’s famous poem arranged by contemporary composer Rosephanye Powell and her husband, William.

“The way I’ve constructed the concert is to take the audience on a journey with us,” Shoultz said. “I tried to create a seamless program, one that flows and tells a great narrative. It’s about encouraging all of us to be agents of change in our community.”

The four women being honored were chosen long before last year’s midterm elections, which saw a record number of largely Democratic women elected to office. “We’re not taking a policy stance by any means,” Shoultz said. “We’re here to connect music into the fabric of society. The goal is for everyone to be represented, for the truth to be represented.

“I knew the topic of women would be timely, that was intentional. We were on the front edge and now everywhere you look, the role of women and gender equity is being questioned.”

The VocalEssence staff also encountered an issue that can happen when honoring living people earlier this month when Rep. Omar was condemned by House Democratic leaders following a pair of tweets many deemed anti-Semitic.

“It’s something we had to think about,” Shoultz said. “We’ve never had to put together a statement before. What I would say about it is that I’m pleased to see her response to people’s reactions. I’m pleased she has apologized and is listening, learning and moving forward. It does not take away from the fact that we consider her to be a trailblazing woman and that is why we continue to honor her.”

Shoultz said singing is one of the purest forms of human communication. “I have two children and with both of them, their first utterances were song-like. Singing is something we all have the ability to do. When someone tells me they’re just a listener, I say ‘You’re talking to me right now. Your voice has a melody to it and a cadence. Stretch that out and you’re singing.’

“Singing tugs at the heartstrings. It can get at the things that words can’t get at by themselves.”