Winter Classic between Wild, Blues to celebrate ‘State of Hockey’ 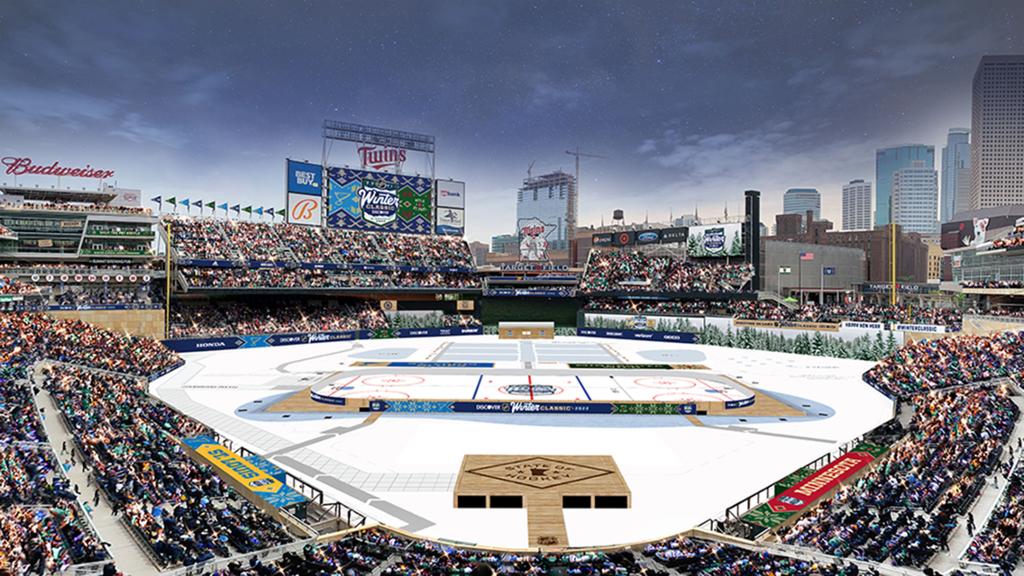 NEW YORK — Minnesota’s exalted status as the ‘State of Hockey’ will be the centerpiece of the revelry surrounding the 2022 Discover NHL Winter Classic®, the sold-out New Year’s Day outdoor matchup between the Minnesota Wild and St. Louis Blues at Target Field, home of Major League Baseball’s Minnesota Twins. The January 1 primetime game will also feature the unveiling of the final 2022 U.S. Olympic Women’s Ice Hockey Team, special appearances by current and former Minnesota sports stars, a musical performance by country music superstar Thomas Rhett, and a showcase of Minnesota hockey on frozen ponds. The event will be televised nationally on TNT in the U.S. and on Sportsnet, CBC and TVA Sports in Canada at 7 p.m. ET/6 p.m. CT.

Inspired by Minnesota’s lakes, forests and longstanding history of hockey outdoors, the NHL will transform Target Field into “Lake Winter Classic” for the event, featuring frozen pond hockey rinks, a log cabin, Minnesota pine trees, ice fishing holes, lumberjacks and a makeshift dock that will serve as the entertainment stage. And to celebrate the “State of Hockey’s” renowned pond hockey tournaments, the eight frozen pond hockey rinks located in the outfield – the most ever at an NHL outdoor game – will feature more than 100 hockey players, ages 5- to 50-years old, showcasing their skills and talent. Players include boys and girls, men and women, LGBTQ+ players, and former military members, representing hockey programs located all over the state of Minnesota.

Minnesota’s distinction as the “State of Hockey” resonates in the NHL, as it has produced more players drafted (637), more players appearing in a regular-season or playoff game (283) and more Stanley Cup champions (29) than any other state. And among current U.S.-born NHL players, 44 were born in Minnesota, more than any other U.S. state.

The NHL will open the day’s festivities with a land acknowledgement led by members of the Native Arts Collaborative Agency and Native Pride Production, in collaboration with Native American artists to create visibility and opportunity worldwide and in tribute to the original inhabitants of the land.

The formal pregame ceremony will begin with the on-field arrivals of the Wild and the Blues. Singers of This Age (SOTA), a dynamic and diverse group of Twin Cities high school students featuring spoken word and choral music and part of VocalEssence – a Minneapolis-based choral group synonymous with excellence in choral performance – will perform the U.S. national anthem, accompanied by an American Sign Language (ASL) performer. The Color Guard will be comprised of members of the Army, Air Force and Navy.

The first intermission presented by Ticketmaster will feature a performance by country music superstar Thomas Rhett. The multi-platinum recording artist and arena-packing superstar’s performance from the specially designed “State of Hockey” stage will be televised.

TNT is airing episodes of “Road to the NHL Winter Classic” – a five-part docuseries featuring exclusive, behind-the-scenes access to the Blues and Wild as they prepare for the Jan. 1 outdoor game – during the network’s postgame coverage throughout December. Watch episodes one, two and three.