‘Some Kind of Heaven’ is one kind of retirement; ‘Bolerobolero, the Film’ to premiere

‘Some Kind of Heaven’ is one kind of retirement; ‘Bolerobolero, the Film’ to premiere

Many people first heard of The Villages, the largest retirement community in the United States, when President Donald Trump visited there in June 2020. In a video that Trump retweeted, a white man driving a golf cart shakes his fist and yells “White power!”

In “Some Kind of Heaven,” director Lance Oppenheim’s strangely fascinating film, all we see of politics are a few glimpses of bunting. So this is not about that. What it’s about is … some kind of hell? It depends on your vision of retirement.

The Villages is “Disneyland for seniors,” “God’s waiting room,” “the fountain of youth” and, according to at least one resident, “nirvana.” One of the fastest-growing cities in America, covering 32 square miles in central Florida, it has five ZIP codes and 120,000 residents. Eighty percent are over 65 and 98% are white. More than 20,000 are single.

“Everything here is just so positive,” another resident says. “I don’t see the slums, I don’t see death and destruction, I don’t see murders. You don’t see a lot of children running around here, either.”

In Oppenheim’s film, you see two children, very briefly, but they aren’t heard. And except for a few hints, you don’t learn what anyone did in the 50, 60, 70 or 80 years before moving to The Villages, or anything about the process of getting into The Villages. It’s as if the residents were raptured, flown in by angels, gently set down and handed a phone-book-size menu of fun things to do. Want to be part of the Golf Cart Precision Drill Team? Take an acting class? Play pickleball? Try synchronized swimming, baton twirling or martial arts? Join a group of women all named Elaine? Go bowling? Dance the day and night away? Sit in a circle and shake a tambourine?

Oppenheim brought a singular vision to his first documentary feature, which had its world premiere at last year’s Sundance festival. The square format gives it an intimate, vintage feel. Everything is sun-kissed, squeaky clean and saturated with color. The clothes are loud and the skies are blue. The town center is artificially old-fashioned. The houses are lined up in neat rows, one after another after another. The lawns are manicured. The look is Wes Anderson meets Tim Burton.

One woman touring an open house with her husband says, “I like getting up every morning and being able to say, ‘It’s gonna be the same from house to house.’” To which the salesman reassuringly responds, “Today as it is tomorrow as next year as in five years.” “Or ten years. Or twenty!” she adds. Or 30, or 40? Why the heck not? Early in the film, another resident says, “You come here to live. You don’t come here to pass away.”

Oppenheim turns 24 next week. He was 22 when he started shooting his film. But even from that vastly different chronological and generational vantage point, he isn’t making fun or mocking. There’s irony if you want to see it, but he doesn’t judge or condescend. To keep “Some Kind of Heaven” human, he introduces and follows four people, gradually unfurling their stories throughout the film.

Anne and Reggie Kincer have been married for 47 years. She’s into the many opportunities The Villages offers to stay active and enjoy life. He’s into drugs, hitting himself in the head with rocks and becoming increasingly wacky. Things change when he’s arrested for possession of cocaine.

Dennis Dean is an 81-year-old Lothario who lives out of his van and haunts The Villages’ parties and pools in search of a woman who will take him in. His main requirement: She has to be attractive enough that he’s not embarrassed to be seen with her.

Barbara Lochiatto is widowed and lonely. She longs to return to Boston, but she can’t afford to do that and even has to work a full-time job to make ends meet. Her deep sadness, self-awareness and clear-eyed view of The Villages may be the film’s moral center.

“Some Kind of Heaven” is available on demand from the Parkway through May 1. Starting Friday (Jan. 22), you can stream it at MSP Film’s Virtual Cinema.

V is for virtual, L is for live and in person.

V Streaming now: Film at Lincoln Center Virtual Cinema: Tribute to Sam Pollard: “August Wilson: The Ground on Which I Stand.” Catch this while you can. Pollard is the director of “MLK/FBI,” the must-see new film about the FBI’s surveillance of Martin Luther King. Made for PBS’ “American Masters” series, this feature documentary was the first to be made about Wilson, the Tony- and Pulitzer-winning playwright who had close ties to St. Paul and Penumbra Theatre. You can watch it for free through Jan. 22.

V Streaming now: VocalEssence: “Believe.” Technical difficulties delayed its scheduled premiere on Saturday, but this Martin Luther King-inspired performance by VocalEssence Singers Of This Age (VESOTA) is up now and on demand. It’s 30 minutes of powerful, positive, family-friendly songs, spoken word and readings by members of the diverse youth choir run by G. Phillip Shoultz III, VocalEssence’s visionary associate conductor. (When COVID hit, Shoultz was determined to keep VESOTA singing, and did.) This is a passionate and meticulously produced program that especially now – and we really mean this – gives us hope for the future. These kids are all right. Buy a subscription and see everything in the VocalEssence On Demand 2020-21 season ($49), including several performances still to come. Or purchase a single stream to this program only ($15). P.S. In this film, VESOTA tried a new technology that makes the singers look as if they’re standing side-by-side on risers on a stage.

V Thursday, Jan. 21, 11 a.m.: Minnesota Orchestra: A Chamber Music Rehearsal – Up Close. Sit in on a live COVID-era string quartet rehearsal, then join the musicians after for a Q&A. This will be a conductorless rehearsal, where the musicians are in charge and must communicate with each other. Free, with registration required.

V Friday, Jan. 22, 7 p.m.: HoneyWorks and Hatch Dance: “Bolerobolero, the Film.” On Sept. 19, 2020, more than 20 Twin Cities dancers performed in St. Paul before a live audience following COVID protocols. Choreographed by Berit Ahlgren (HoneyWorks) and Helen Hatch (Hatch Dance) to Ravel’s iconic “Bolero,” the event was captured on film by Andrew Hatling and Evelyn Sadowski. The film will have its world premiere on Friday, with a pre-show opportunity to grab a growler and/or dinner and a post-show discussion with the choroeographers. FMI and tickets ($15). 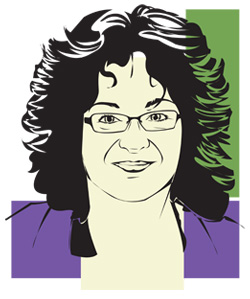 Pamela Espeland writes the Artscape column for MinnPost. She also writes for the Star Tribune, NPR and mnartists.org, blogs at bebopified.com, and is an Art Hound for Minnesota Public Radio. She can be reached at pespeland@minnpost.com.