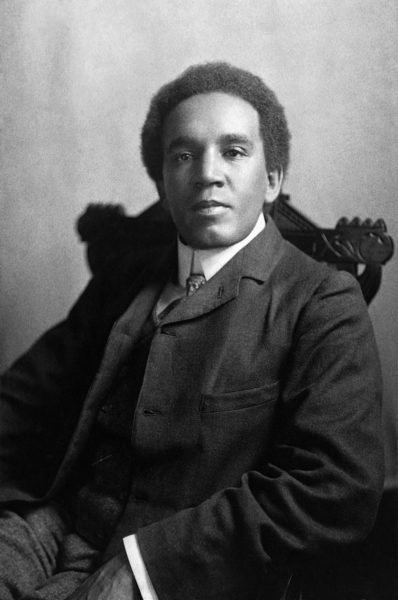 The gifted English composer, conductor, and professor Samuel Coleridge-Taylor achieved great popularity during his life. He was the son of a Sierra Leone doctor and an English woman. Coleridge-Taylor studied composition at the Royal College of Music under Charles Villiers Stanford. He was greatly inspired by the work of African Americans like W.E.B. Du Bois and Booker T. Washington in their fight for the dignity of black people in American society, as well as the work of African American artists like poet Paul Laurence Dunbar, Harry T. Burleigh, and the Fisk Jubilee Singers. He made three highly successful trips to the United States during his lifetime, where he toured with Harry T. Burleigh and the singers from the Coleridge-Taylor Choral Society as the conductor. Coleridge-Taylor also served as the conductor of the Handel Society of London and as a professor of composition at the Guildhall School of Music and the Trinity College of Music. Although pneumonia ended his life at an early age, Coleridge-Taylor left a significant body of work, including pieces for choir, orchestra, and chamber ensembles. His most famous piece is Hiawatha’s Wedding Feast, a secular cantata with text by Henry Wadsworth Longfellow.