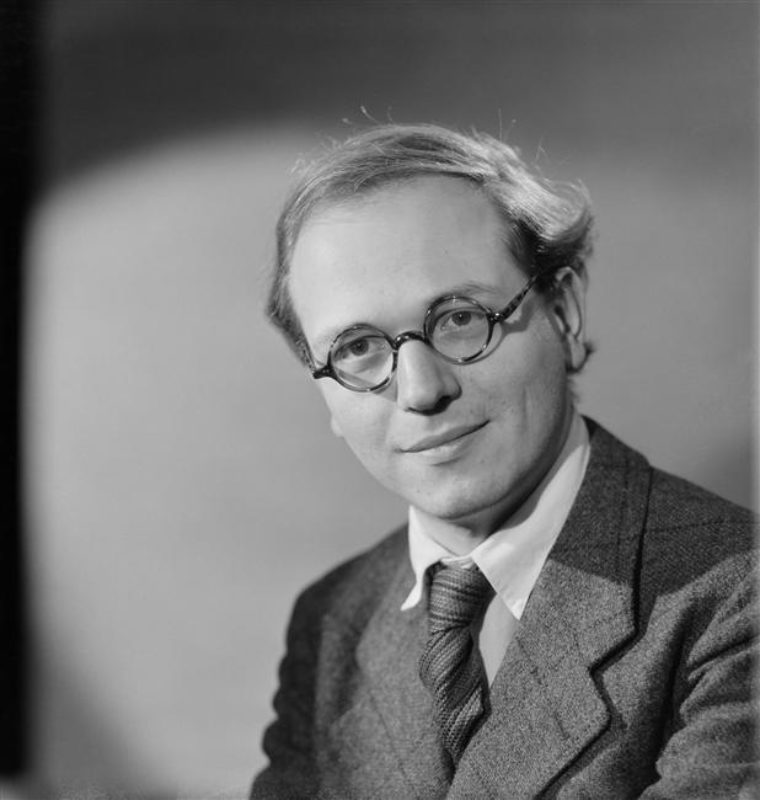 With his extraordinarily unique approach to composition, French composer Olivier Messiaen constantly set himself apart from other musicians. Born in Avignon and self-taught in piano, Messiaen began composing at age seven. At eleven, Messiaen entered the Paris Conservatoire, where he studied until his early twenties. During the second world war, Messiaen was held in a Nazi prisoner-of-war camp, where the suffering he endured led to the composition of his most famous work, Quatuor pour la Fin du Temps (Quartet for the End of Time). Messiaen taught at the Paris Conservatoire following the war until his retirement in 1978. He was also the organist at La Trinité in Paris from 1931 to 1990. He found inspiration for his compositions from a wide variety of sources, including bird calls and the music of India and Japan. Underlying all of his pieces, both sacred and secular, was his devout Catholic faith. Messiaen also experienced synesthesia, where sounds had particular colors in his mind, which he incorporated into his work. His choral music is difficult for singers in its harmonic language, but performances of his music are incredibly rewarding for choirs and audiences.