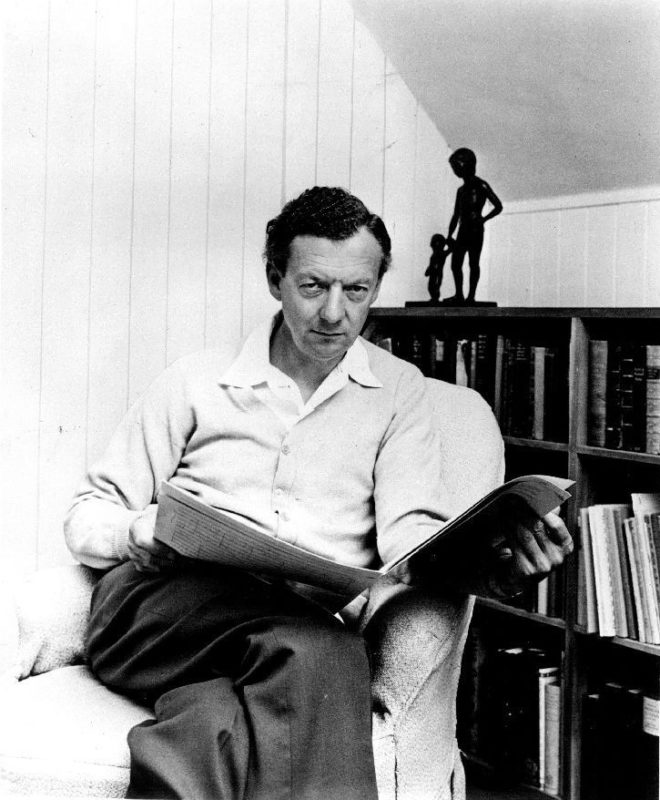 The beloved English composer Benjamin Britten was born into a highly musical family and raised in a house on the seaside that would later inspire much of his work. In his youth, Britten studied under the acclaimed composer and teacher Frank Bridge, and later studied with John Ireland and Arthur Benjamin at the Royal College of Music. Britten’s extensive and varied compositional output includes song cycles, sacred and secular choral works, instrumental pieces, and works for radio, theater, and cinema. Hailed by many as the greatest English composer of opera since Henry Purcell, Britten created deeply compelling operas through skillful text setting and orchestration. His largest choral work was his War Requiem, a setting of the text of the Requiem mass with poems of Wilfred Owen, a poet killed in the first World War. In addition to his work as a composer, Britten was an outstanding pianist and conductor. He co-founded the Aldeburgh Festival in 1948, which continues to serve a central role in the world of English music. Britten was awarded the Order of Merit in 1965 and was the first musician to be honored with the distinction of a life peer in 1976.