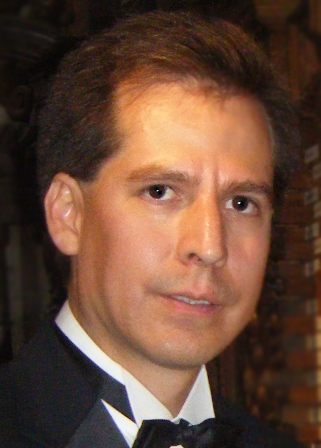 Serving as artistic director of the children’s choir at Valle de Chalco in México City and as organist and chapel master of the National Basilica of Our Lady of Guadalupe, Jesús López Moreno has extensive experience working with school-age children. His compositions for children’s choirs have been featured on several recordings throughout México, and he recently won a national children’s choir composition contest organized by Conaculta, the National Council for Culture and the Arts in México. He has also composed works for organ, choir, baroque orchestra, and harpsichord as well as a concerto for organ and orchestra and has served as a composer-in-residence through the VocalEssence Cantaré program. He was a member, and later acting director, of the Niños Cantores de Morelia. He founded the Cantate Domino children’s choir of the Parroquia Del Espíritu in Ecatepec Edo Mex and conducted the children’s choir at the Cantorum school of México. He also served as the principal organist at the Metropolitan Cathedral in México City for fifteen years. Jesús graduated from the Conservatorio de las Rosas de Morelia with a specialty in composition, and studied organ at the Antique Mexican Music Academy for Organs and the National School of Music of the National Autonomous University of México.