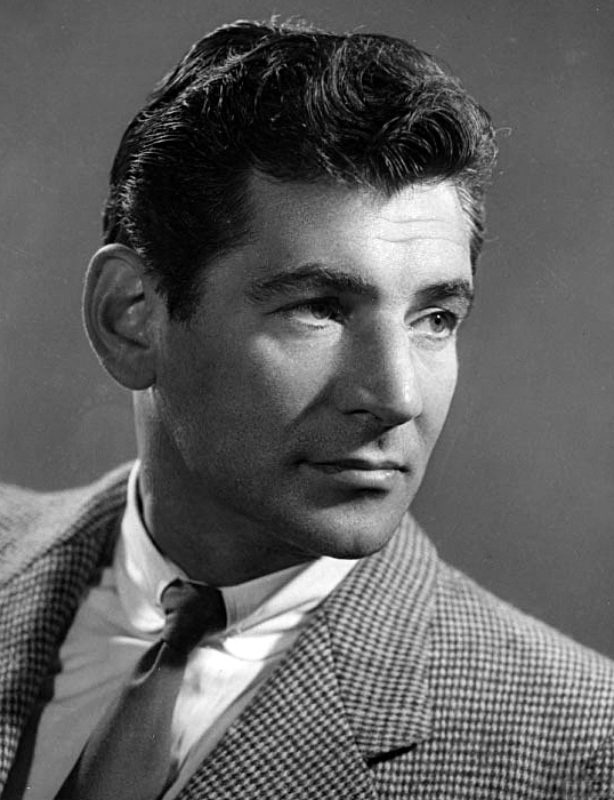 Bernstein was born in Lawrence, Massachusetts, and educated at Harvard University, the Curtis Institute of Music, and Tanglewood, a summer institute where he later served as a beloved teacher. He quickly rose to prominence as a quintessential American composer. Bernstein’s acclaim as a conductor began when he served as a substitute for Bruno Walter with only a few hours notice for a nationally broadcast Carnegie Hall concert after Walter fell ill. As a conductor, Bernstein directed the New York City Symphony Orchestra from 1945 to 1947 and the New York Philharmonic from 1958-1969. He received numerous accolades for his work, including the Lifetime Achievement Grammy Award, eleven Emmy Awards, a Tony Award, and dozens of honorary doctorates. In his compositions, he combines memorable, unique melodies with lively rhythms (often with unusual meters) and references to many popular music genres in order to communicate musical meaning to a wide audience.