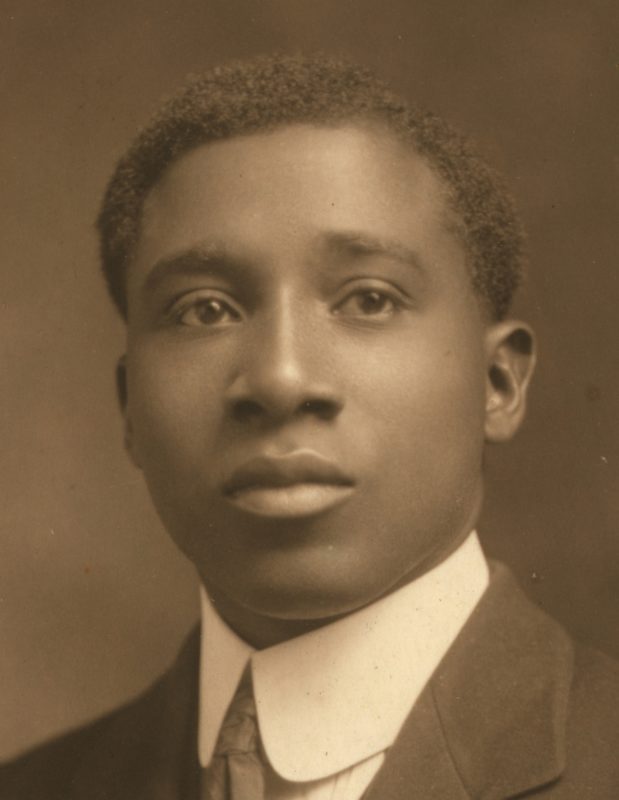 Canadian-American composer, educator, and conductor Nathaniel Dett not only wrote over one hundred works for choirs, solo voice, instrumental ensembles, and piano, but also played an important role as an advocate for African-American musicians. Dett began learning piano at an early age and graduated from Oberlin College as the first African-American there to obtain a Bachelor of Music degree. He continued his studies at several prestigious universities culminating in a Master of Music degree in composition from the Eastman School of Music in 1932. Dett taught at several historically black colleges and universities throughout his life, most notably the Hampton Institute. At Hampton, Dett founded a renowned choir that toured internationally and specialized in African-American sacred music. He also founded the Musical Arts Society in 1919 that supported the work of African-American musicians and served as the president of the National Association of Negro Musicians. Dett received two honorary doctorates and many other awards, including the Francis Boott Music Award, Bowdoin Literary Prize, and the Harmon Foundation Award. In his choral compositions, Dett skillfully blends elements of African-American spirituals and folk music with classical harmonies and forms.