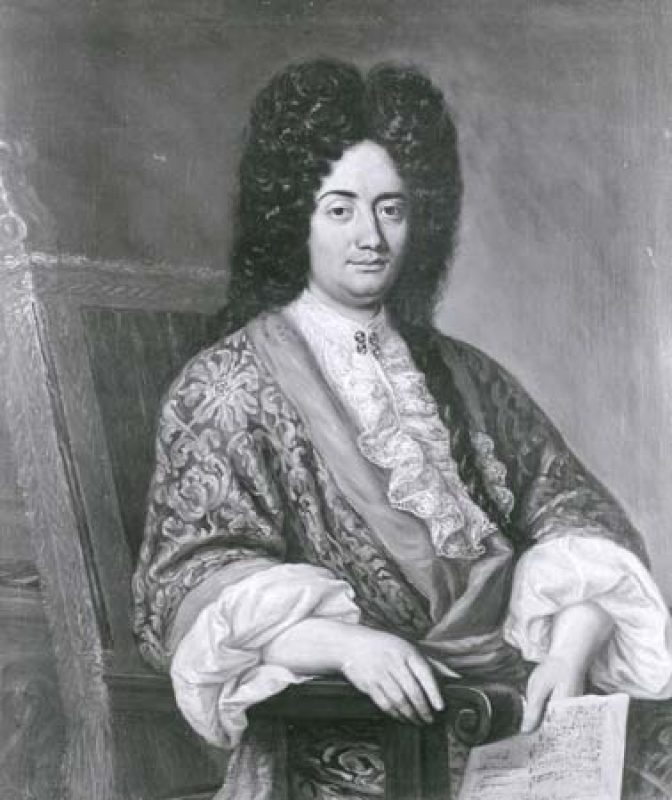 Alessandro Scarlatti was an Italian Baroque composer, known especially for his operas and chamber cantatas. He is generally said to have been a pupil of Giacomo Carissimi in Rome, and his early works seem to show the influence of Stradella and Legrenzi. The production at Rome of his opera Gli equivoci nel sembiante gained him the support of Queen Christina of Sweden (who at the time was living in Rome), and he became her maestro di cappella. In February 1684 he became maestro di cappella to the viceroy of Naples; here he produced a long series of operas, remarkable chiefly for their fluency and expressiveness, as well as other music for state occasions. Besides operas, his oratorios (Agar et Ismaele esiliati, 1684; La Maddalena, 1685; La Giuditta, 1693; Christmas Oratorio, c. 1705; S. Filippo Neri, 1714; and others) and serenatas, Scarlatti composed upwards of five hundred chamber-cantatas for solo voice. These represent the most intellectual type of chamber music of their period, and unfortunately, they have remained almost entirely in manuscript.