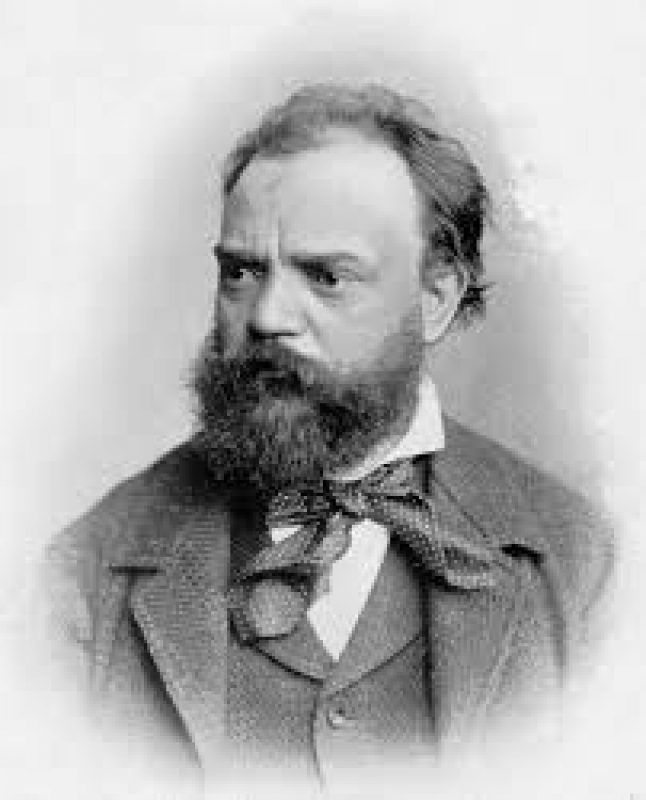 Antonín Dvořák, the Czech composer, was the first Bohemian composer to achieve worldwide recognition, noted for turning folk material into 19th-century Romantic music. He came to know music early and became an accomplished violinist at a young age; an amateur music-maker that accompanied the dances of the local couples. When he was about 12 years old, he moved to Zlonice to live with an aunt and uncle and began studying harmony, piano, and organ. In 1857 a perceptive music teacher persuaded his father to enroll him at the Institute for Church Music in Prague. In 1875 Dvořák was awarded a state grant by the Austrian government, and he met Johannes Brahms, with whom he formed a close and fruitful friendship. Dvořák, later accepted the post of director of the newly established National Conservatory of Music in New York City in 1892, and, during his years in the United States, he traveled as far west as Iowa. Dvořák’s technical fluency and abundant melodic inspiration helped him create a large and varied output. His choral works, so popular when they first appeared, have suffered the fate of most late 19th-century choral music, yet the Stabat Mater and Te Deum are among his most cherished choral pieces.