In this Musical Moment, VocalEssence artistic director and founder Philip Brunelle shares insider information and beautiful music by the composer Arthur B. Jennings. 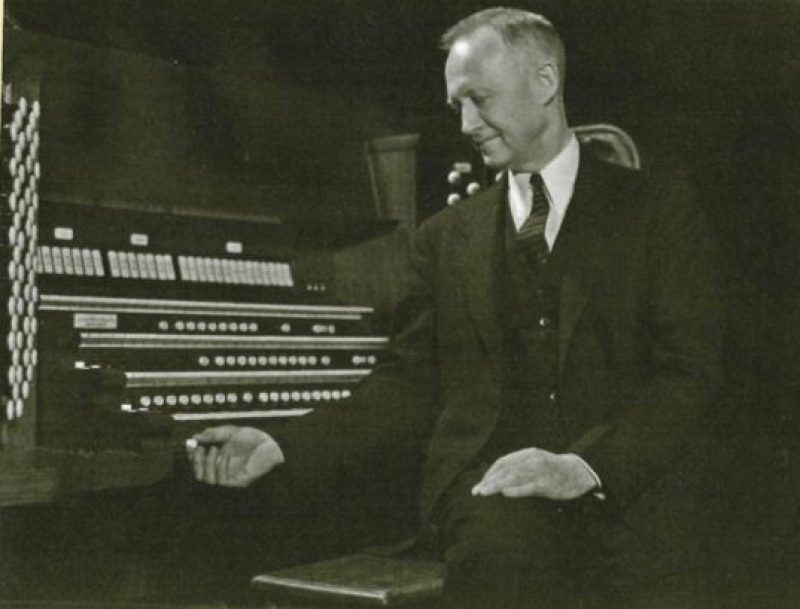 Arthur B. Jennings, known to many as “Herr” Jennings, was an American composer and organist known for his work at Plymouth Congregational Church in Minneapolis. The son of a prominent architect, Jennings attended the University of Pennsylvania to study architecture but later turned to music as his life work. He later attended Wesleyan University and Dickinson College to study organ with Gaston Dethier and Carl Whitmer. He served on the faculty at Dickinson College for two years and then pursued a career as organist at First Presbyterian Church in York, Pennsylvania. In 1938, Jennings became Professor and University Organist at the University of Minnesota. The following year, he succeeded Hamlin Hunt as organist and choirmaster at Plymouth Congregational Church, remaining there until his retirement in 1967. Jennings’ choral work culminated in several original compositions, many with texts by his wife, Amy Jennings, including Springs in the Desert, The Good Shepherd, and When to the Temple Mary Went. His work and dedication to Plymouth Church’s music program remain important, and his anthems are still performed throughout the United States.