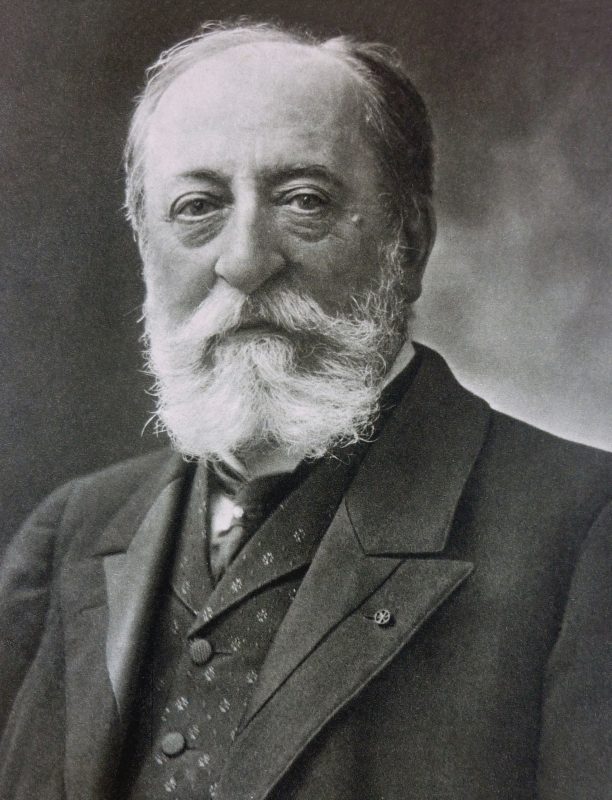 Camille Saint-Saëns was a French composer, pianist, organist and writer known for brilliant craftsmanship, versatility, and prolific compositions contributing to every genre of French music. He was taught the piano from the age of three, and at the age of ten made his formal début at the Salle Pleyel. Saint-Saëns entered the Paris Conservatoire in 1848 and studied the organ with Benoist, winning the Premier Prix in 1851. That he began to study composition and orchestration with Halévy, and also took lessons in accompaniment and singing. From 1861 to 1865 he taught at the Ecole Niedermeyer, an institution founded to improve musical standards in French churches. His students included Fauré, Messager, and Gigout, who each became lifelong friends. His vocal output includes nearly 15 operas as well as several sacred and secular works for voice and choir. Saint-Saëns’s musical language is generally conservative. His melodies are formal and rigid and much of his harmonic texture remains largely contrapuntal.  By the time of his death, he was considered one of the leaders of the French musical renaissance.