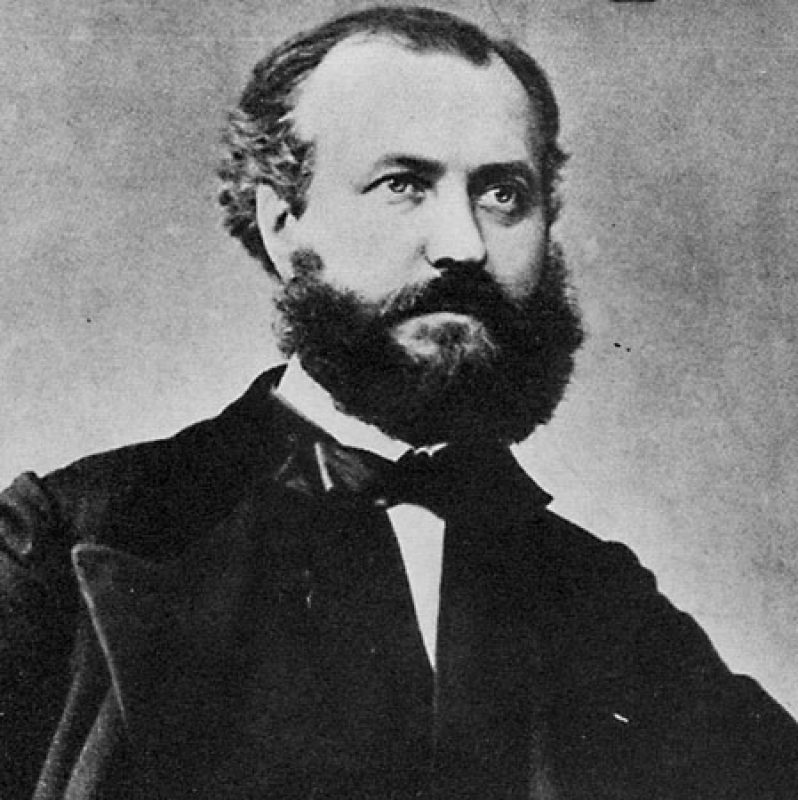 The French composer Charles Gounod is noted for his operas, of which the most famous is Faust.  Born into an artistic household, his mother was a capable pianist and gave him early training in music followed by study at the Lycée Saint-Louis until 1835. Gounod began to study music with the Bohemian composer Anton Reicha, later entering the Paris Conservatoire, where he studied under Fromental Halévy and Jean-François Lesueur. Three years later his cantata Fernand won him the Prix de Rome. Gounod became organist and choirmaster at the Church of the Missions Étrangères, and for two years he mainly studied theology. The reception of his earliest operas was not enthusiastic. In his Messe de Sainte-Cécile, Gounod attempted to blend the sacred with a more secular style of composition. In 1852 he became the conductor of the Orphéon Choral Society in Paris, for which he wrote a number of choral works, including two masses. From 1870 to 1875, he spent time in London, formed a choir to which he gave his name, and devoted himself almost entirely to the writing of oratorios. Gounod’s melodic vein is unmistakably original, though often oversentimental. His operas highlight his sense of musical characterization and the superficial religiosity displayed in his sacred music.