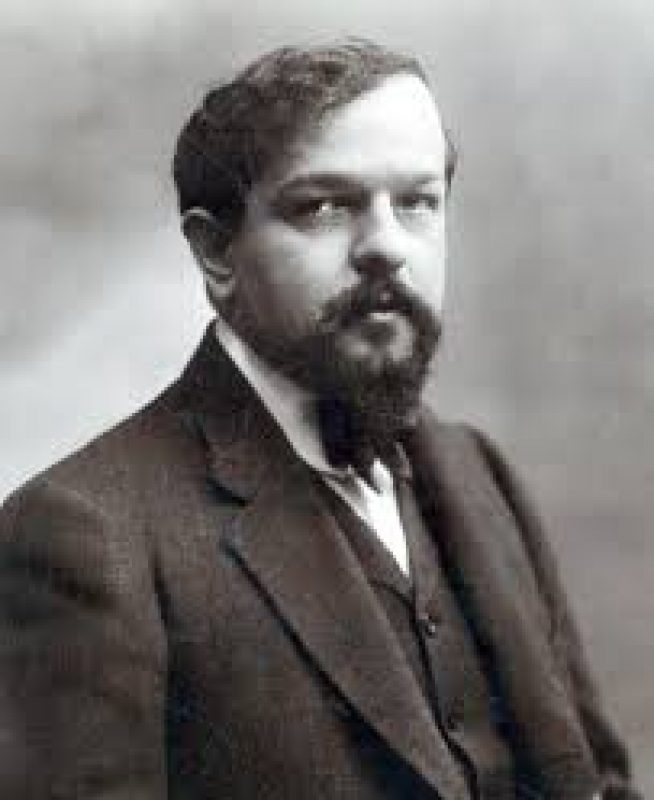 French composer and pianist, Claude Debussy, known for his operas, symphonic music and his works for the piano, remains one of the most commonly-performed composers of the late nineteenth century. Born to a modest family, Debussy began piano in 1870, during the Franco-Prussian War with the Italian musician, Jean Cerutti. His first Conservatoire teachers, Antoine Marmontel for piano and Albert Lavignac for solfège, quickly recognized that he had a good ear and was an able sight-reader and further encouraged his playing. Debussy seldom regarded a work as finished even after its publication. The increasing care with which he notated his works reflects his stringent requirements in the matter of interpretation. His inspirations are observable in certain details of his technique: the unconventional use of unresolved 7th and 9th chords (in the manner of Chabrier and Grieg), his taste for ancient and oriental modes and for vivid colorations from his experience in Russia, and the ‘infinite arabesque’ of the Javanese gamelan. Although his themes draw from other composers’ works, he always ensured proper respect was given to the original writer. One of the most important musicians of his time, his harmonic innovations had a profound influence on generations of composers. Debussy wrote relatively little choral music, but his works Sirènes where the sixteen-voice women’s chorus wordlessly recalls the artful sirens of mythology and Trois chansons de Charles d’Orléans remain popular among choruses world-wide.