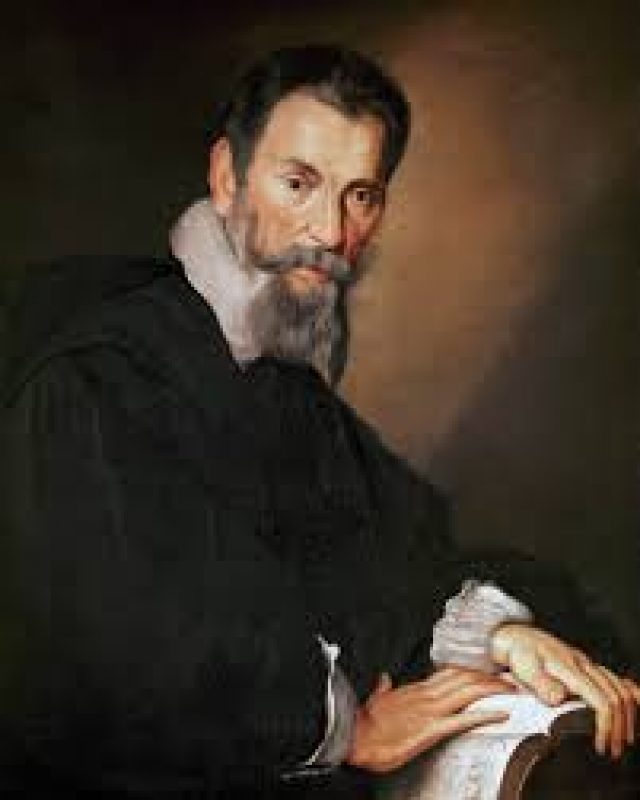 The Italian composer, Claudio Monteverdi, was the most important musician in late 16th- and early 17th-century Italy, excelling in nearly all the major genres of the period. The young Monteverdi was precocious, publishing his first collection, the three-voice Sacrae cantiunculae at the age of 15. In it he styled himself ‘discepolo’ of Marc’Antonio Ingegneri, the maestro di cappella of Cremona Cathedral, whose teaching he honored in four further publications. Ingegneri, a fluent composer, gave his pupil careful training in counterpoint and text-setting by way of three-voice motets, four-voice spiritual madrigals, three-voice canzonettas and two books of five-voice madrigals. Monteverdi worked for the court of Mantua first as a singer and violist, then as music director. He worked at the court of Vincenzo I of Gonzaga in Mantua as a vocalist and viol player.  Later as court conductor. By 1613, he had moved to San Marco in Venice where, as conductor, he quickly restored the musical standard of both the choir and the instrumentalists.  Monteverdi’s opera, L’incoronazione is considered a culminating point of Monteverdi’s work. It contains tragic, romantic, and comic scenes, a more realistic portrayal of the characters, and warmer melodies than previously heard in that era. His choral output was largely secular pieces, madrigals, and operas, many of which remain beloved classics still frequently performed.