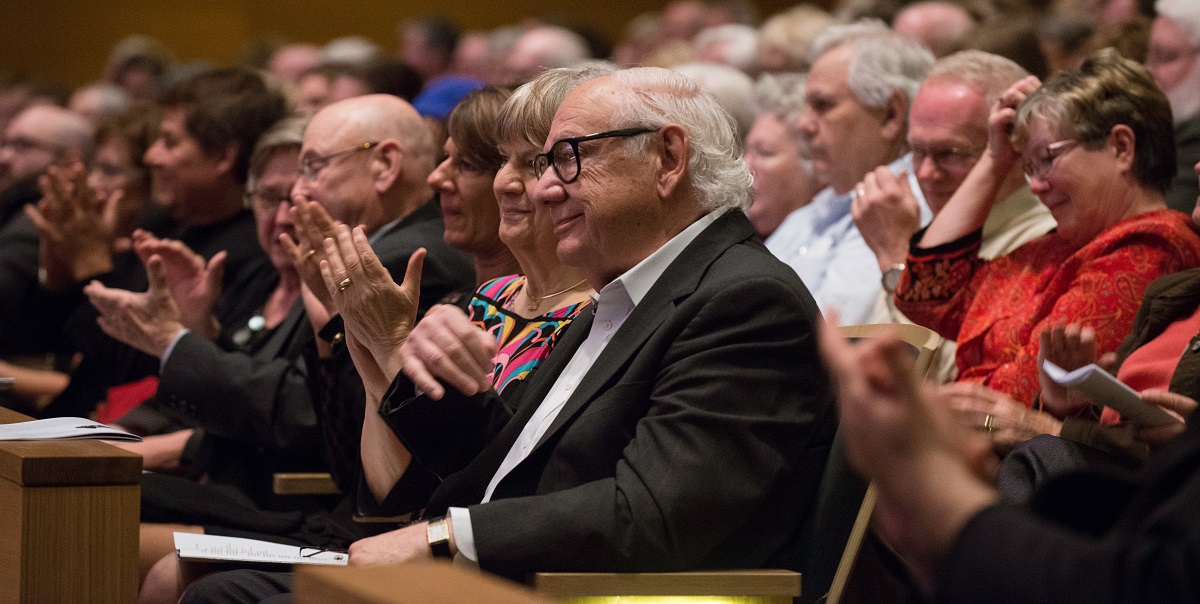 Dominick Argento was an amazing man—he was my teacher, colleague and personal friend of our family.

When I arrived at the University of Minnesota, I signed up for History of Opera, not knowing that I would have the best professor on opera as my teacher! I have often said that if you wish to take an opera history class… take it from a person who composes operas! Dominick knew who the top opera composers were…and why. It was a great experience.

Then, at Minnesota Opera, I began conducting his operas (beginning with Postcard from Morocco). Dominick knew exactly what he wanted and his score clearly gave you all the ideas.  And, when we recorded the opera, he was beside me in the booth as we edited the opera (until 4AM!).

In the early days of VocalEssence, I wanted to commission Argento, but, as I had never commissioned a piece, I didn’t know the procedure. Dominick helped me understand the commissioning business, and the result was his marvelous Jonah and the Whale which was a great success! I had agreed to pay for a 30-minute work and when the work became 10 minutes longer, I told him that I didn’t have any money for the extra music: “Philip, don’t worry, I got excited about this text and took it further—you owe me nothing extra.”

As the years evolved we became good friends—partly because his wife and my wife are both named Carolyn!

Dominick was a man of great generosity, giving me marvelous insights into his music and the art of composition. Conducting his choral music and his operas has been one of the great joys of my life. One could ask no more than to be linked with a composer of his stature and magnitude.

Read other tributes to Dominick Argento: