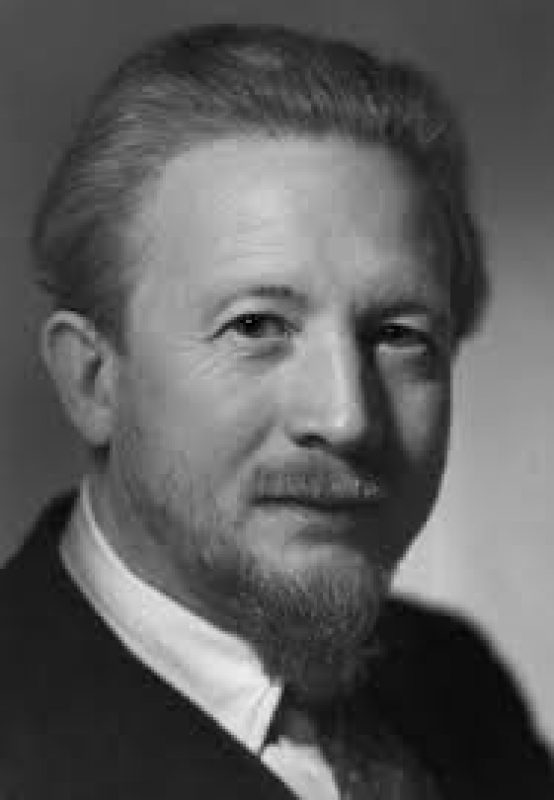 Edmund Rubbra was a prolific British composer of instrumental and choral music. He was born to a poor, though musical, working-class family. He received lessons in piano and elementary music theory. His uncle owned a music shop and there Rubbra discovered the music of Cyril Scott. Scott heard about this and took on Rubbra as a private pupil. In 1920, Rubbra won a scholarship to Reading University, where he studied with Gustav Holst and the following year won an open scholarship to the Royal College of Music where his teachers included Gustav Holst, R.O. Morris, and Ralph Vaughan Williams. He left the RCM in 1925 and supported himself as a rehearsal pianist and private teacher. During World War II, the government conscripted Rubbra, violinist Erich Gruenberg, and cellist William Pleeth into a piano trio to play for the troops. Rubbra taught at Worcester College, Oxford, as well as the Guildhall School. Rubbra’s reputation rests mainly on his 11 symphonies, which began in 1935 and ended in 1979. He has been praised for both his chamber and his vocal music. Highlights include four string quartets, Meditazioni sopra “Couers désolés”, Prelude and Fugue on a Theme by Cyril Scott, a Sonatina for recorder and harpsichord, The Morning Watch, 5 Motets, 5 Madrigals, 4 Medieval Latin Lyrics, 5 Spenser Sonnets, Amoretti, Missa in honorem Sancti Dominici, and the choral Symphony #9 “Sinfonia sacra”. The vast majority of Rubbra’s choral works have religious or philosophical texts, in keeping with his interest in these subjects.