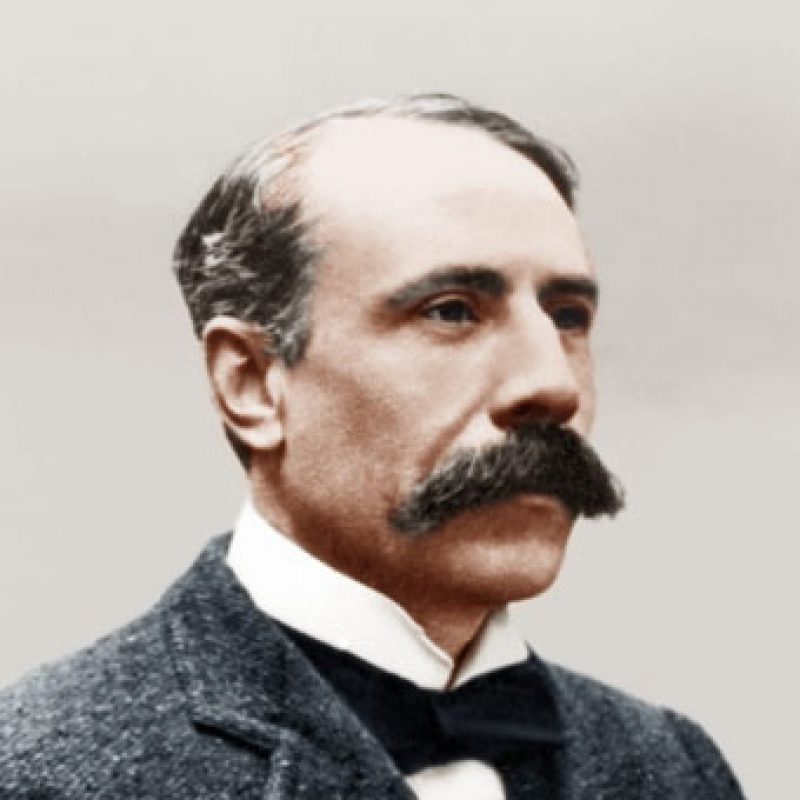 The British composer Edward Elgar was a composer and violinist whose compositional methods led to an ambitious output of works. His family was musical and he began violin lessons at the age of seven. Elgar acquired performing experience with local chamber groups and orchestras and by the age of sixteen was a proficient enough player to support himself as a freelance violinist and teacher. But his true ambition was to become a composer, and he wrote assiduously for performance locally. He began an ambitious series of oratorios that won him growing recognition in the British Midlands and his reputation was solidified with the oratorio The Dream of Gerontius. Throughout the 1880s and the 1890s his experience grew and his style matured as he conducted and composed for local musical organizations. He also taught the violin and played the organ at St. George’s Roman Catholic Church in Worcester. In Elgar’s chromatic voicing, the influence of Wagner is apparent, but Elgar’s individual style of orchestration owes much to the nineteenth-century French composers, Berlioz, Massenet, Saint-Saëns, and, particularly, Delibes, whose music Elgar played and conducted at Worcester and greatly admired. His choral output largely consisted of oratorios, carols, and a few anthems for church services.