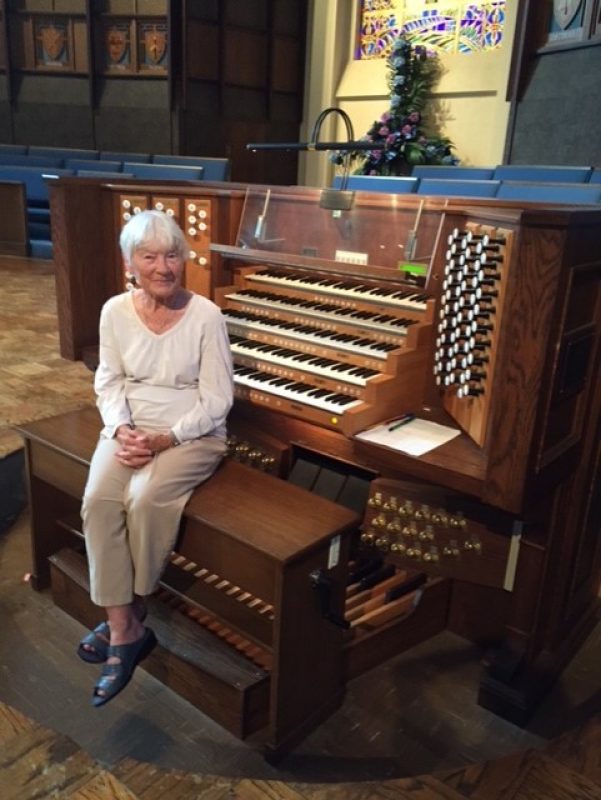 Emma Lou Diemer is an American composer and organist known for her works for organ and choir. Born in Kansas City, Missouri, her father, George, was an educator and her mother, Myrtle, was a church worker and homemaker. Emma Lou played the piano and composed at a very early age and became organist in her church at age 13. Her great interest in composing music continued through High School in Warrensburg, MO, and she majored in composition at Yale (BM, 1949; MM, 1950) and at the Eastman School of Music (Ph.D, 1960). She studied in Brussels, Belgium on a Fulbright Scholarship and spent two summers of composition studying at the Berkshire Music Center. She was a consultant for the MENC Contemporary Music Project before joining the faculty of the University of Maryland where she taught composition and theory from 1965-70; in 1971 she moved from the East Coast to teach composition and theory at the University of California, Santa Barbara. She writes primarily sacred and secular works for choir and organ that feature rich harmonic textures and strong, lyrical melodic lines. Emma Lou lives in Santa Barbara, California.