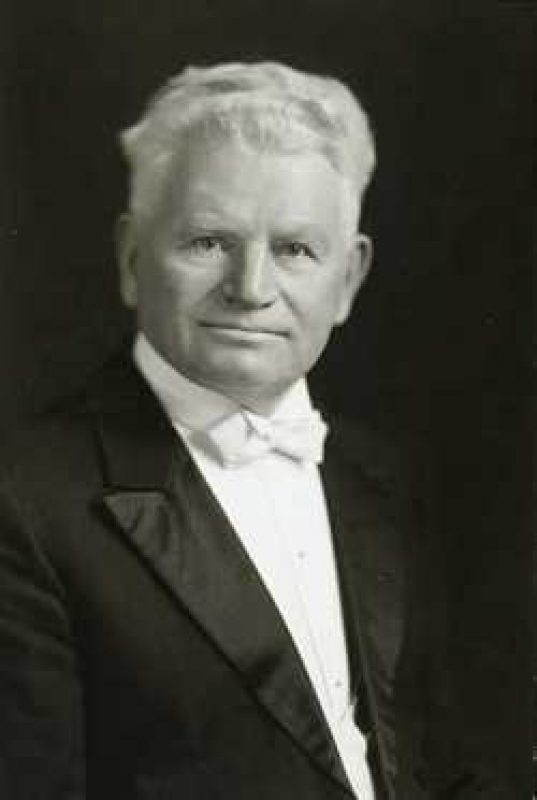 F. Melius Christiansen is an American conductor, educator, and composer of Norwegian birth known for founding and arranging music for the St. Olaf Choir. Born into a family of amateur musicians, he came to the United States in 1888 and accepted a post as conductor of the Scandinavian Band in Marinette, Wisconsin. Two years later he entered Augsburg College in Minneapolis and then the Northwestern Conservatory of Music. He also studied at the Leipzig Conservatory from 1897 to 1899. In 1903 Christiansen became the head of the music department at St Olaf College and founded the St. Olaf Choir in 1911, remaining its director until 1942. Christiansen’s goal was blending individual voices into a unified sound; he favored a cappella performances and demanded a straight tone, uniform color, fluid technical flexibility, and absolute precision of pitch. He arranged hundreds of Lutheran chorales and Norwegian folk melodies into accessible and effective four-part settings. His St. Olaf Choir series included 216 works in 12 volumes, many of which have become the mainstay of small-town choral literature. He also wrote three cantatas, an oratorio, two pieces for violin, and two collections of organ works.