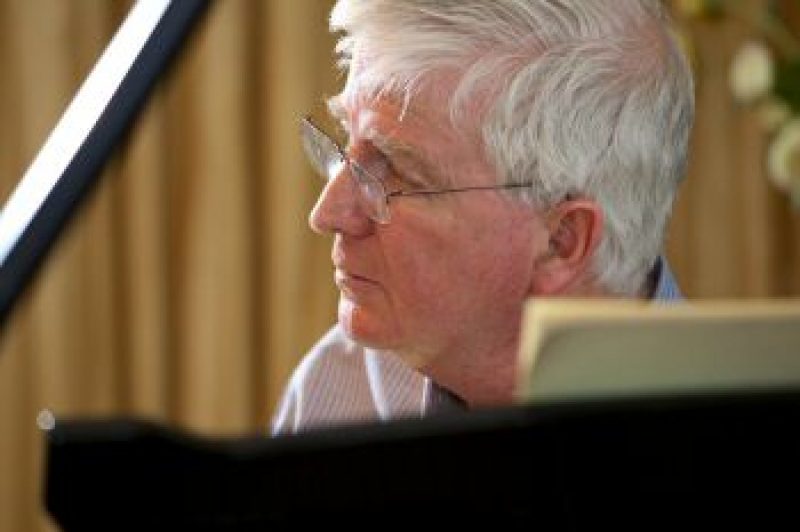 Francis Grier is an English composer, organist, pianist, and psychoanalyst, best known for his compositions for choir and voice. He was a chorister at St George’s Chapel, Windsor Castle, music scholar at Eton College, and organ scholar at King’s College, Cambridge, then Organist of Christ Church Cathedral, Oxford. He made many recordings and broadcasts as organist and choir director, including playing La Nativité du Seigneur by Olivier Messiaen at the first-ever Prom concert given over to a solo performer. He has a long history of playing chamber music with some of the finest performers, including Colin Carr and Steven Isserlis, and he now regularly plays piano trios with his daughters, Savitri (violin) and Indira (cello) as the Grier Trio.  As a composer, he has written many anthems for the Anglican choral tradition, several large-scale works, and many instrumental pieces. His work, The Passion, for chorus, soloists and orchestra, received its premiere in March 2006 in Minneapolis with the VocalEssence Ensemble Singers, directed by Philip Brunelle.