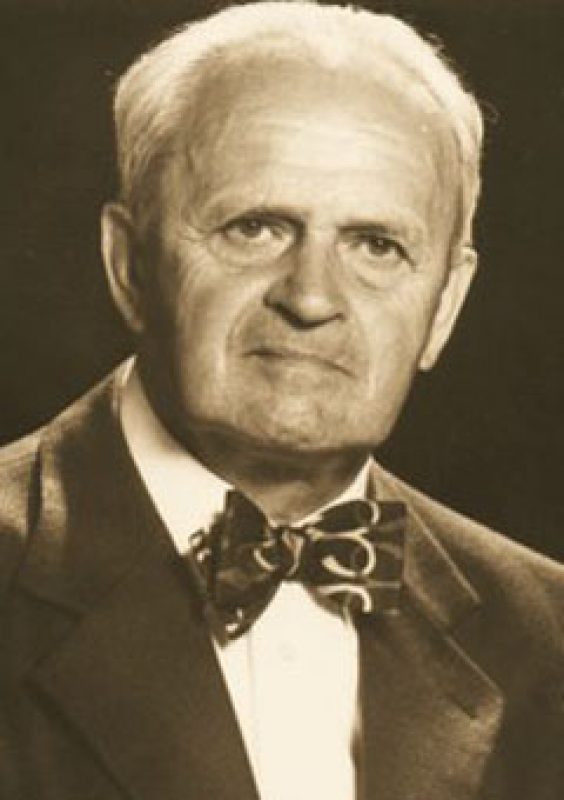 Franz Biebl was a German composer, conductor, and recording engineer, best known for his Ave Maria. At the Munich Hochschule, Biebl studied composition with Joseph Haas and Siegmund von Hausegger, conducting with Heinrich Knappe, and Catholic church music with Ludwig Berberich. He taught at the Mozarteum before being drafted into military service in 1943 and spent two years as an American prisoner of war at Fort Custer where he developed an appreciation for American folk songs and spirituals. After the war, Biebl directed a church choir and worked as a recording engineer for Bavarian Broadcasting where he helped facilitate choral programming. He was an advocate of amateur choral singing and composed over 2000 arrangements and original songs, many of which remain popular among German singing societies. Biebl’s Ave Maria was originally written for a fireman’s chorus (double male chorus version) but has received numerous adaptations for double mixed choir and double women’s choir. The piece retains a prominent place in the American choral canon.