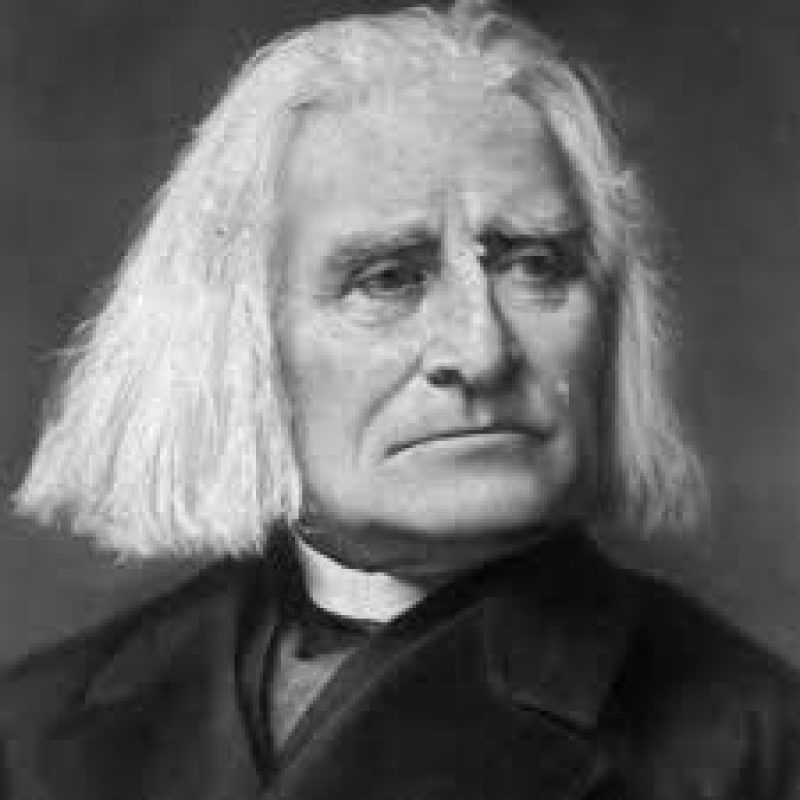 Franz Liszt, Hungarian composer, pianist, and teacher, was a leader of the Romantic movement with music known for his imaginative and technical approach to composition. Born in Raiding, his father taught him how to play the piano. By age 9, young Liszt was recognized as a child prodigy composing elementary works and appearing in concerts. Father and son traveled to Vienna, and Antonio Salieri offered to train him in composition free of charge. At 22, Liszt met the Comtesse Marie d’Agoult, and he composed several impressions of the Swiss countryside inspired by love and nature. His reputation was bolstered by the fact that he gave away many of his concert proceeds to charities and humanitarian causes. In 1847, while in Kiev, Liszt met Princess Carolyne zu Sayn-Wittgenstein, and she encouraged him to stop touring and, instead, teach and compose. Liszt’s music was largely influenced by Berlioz, Chopin, and Paganini. He attempted to integrate their virtuosity with his own harmonic textures to create truly original works. His choral works often feature sacred texts in Latin and German and his piece, Ave Verum Corpus, remains a romantic standard for choirs around the globe.