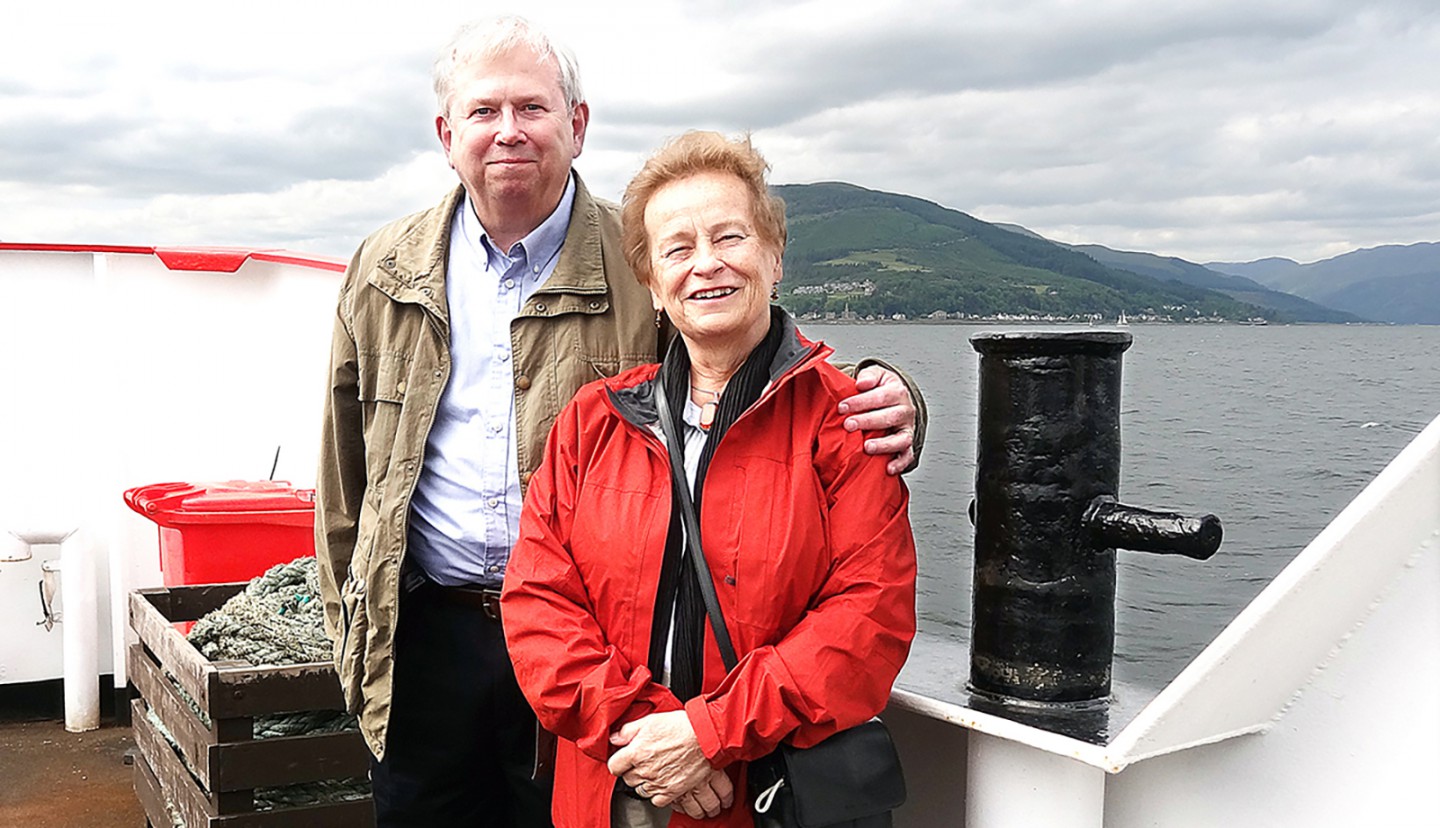 When Fred and Ann Moore lived in Wisconsin, they were familiar with VocalEssence, having attended several holiday concerts over the years. “But our association began in earnest when we moved to Minnesota seven years ago and started going to almost every concert,” said Fred, who recently joined the VocalEssence board of directors.

With such faithful attendance at VocalEssence events, it isn’t difficult for the Moores to think of a favorite experience or two. One that “really popped out” for Fred was Musique de France at the Cathedral of Saint Paul several years ago. “It truly was a memorable night—a dozen harps arrayed across the altar space, French music on a very large scale, the St. Olaf choir. … It was a splendid night, and I can still hear it. One of the crowning moments was in the Berlioz Te Deum, with all the choirs and orchestra performing—to say the music filled up the space would be a huge understatement,” he reflected.

Ann said she especially enjoys the VocalEssence spring concerts “where they bring together a lot of American composers.” She also finds the WITNESS programs, which celebrate the contributions of African Americans, very illuminating. “They demonstrate so clearly how people dealt with trials and tribulations,” said Ann. The brief introduction by Philip Brunelle, VocalEssence artistic director and founder, “is so helpful on what to listen for and why it was included in that grouping.”

Couple Had Different Introductions to Music

Ann, who says she didn’t have much exposure to music during her public education, came to her love of music and singing through the church and Girl Scouts. “I picked up a lot through sing-alongs and in small church choirs, and have learned a lot more since attending the VocalEssence series,” she said.

Fred, on the other hand, had an aunt who was a skilled pianist and choir director. “I showed an interest in chorus and performed fairly well in choir and high school band,” he said, adding that between his aunt’s influence and his music teachers in school, “it was a pretty good introduction” to music. He also credits his mother, a single parent, for her contribution: “She really liked classical music. Pittsburgh had a classical station and she had it on a lot. On Sunday afternoons we would go to local major concerts, and it just was always part of my life as a kid,” Fred said.

After drifting away from performance in college, he came back to it in church at St. Paul’s Episcopal Cathedral in Des Moines, Iowa. There Fred became part of an association that eventually included a choral residency in Salisbury, England.

Why Choral Music? It Creates Community
Choral music “is something you do together. It brings people together,” Fred said. “You share an artistic experience with a broad range of people who not only perform but listen as well. Sometimes it’s deeply spiritual, sometimes raucous fun, but it’s all a function of the atmosphere and culture that is created.”

Ann finds that choral music “encourages a lot of proactive listening, not just among chorus members but from the audienc—listening for the different parts and what that means.” She also noted the community-building aspect: “People are coming together to work in a cooperative manner and are making something bigger than themselves.”

VocalEssence Draws Are Quality, Health and Inclusion
There are several attributes that set VocalEssence apart from other performing arts organizations, according to Fred. One is the quality of performances, he said. “The ensembles are superbly prepared and know the literature and how to present it. They are incredibly focused on the time of the performance—in the moment—more than many others.”

Another is the health of the organization, said Fred. VocalEssence has a small staff “who work hard and bring to the jobs the skills they need, and punch beyond their weight.” This creates staying power, he said. “Others have come and gone, and VocalEssence is not one of those.” VocalEssence is here to stay.

Ann appreciates what she terms the “welcoming” nature of VocalEssence programming, including music the couple would not otherwise be aware from outside their social circles and cultural experience. “It isn’t the same old same old, supporting existing prejudices and outlooks; it encourages us to go beyond our borders and find the commonality. … Music can help us in that regard, get us all in the same register.”

‘More Than the Ticket Price’
Fred has done a lot of recruiting for business, and many of those recruits want to know what’s available in the arts.“VocalEssence adds a lot to our community … and belongs at the top of the list,” he said. “I thoroughly enjoy what they deliver from the stage, and for me, supporting that quality of performance has to be more than the ticket price.”He encourages others to support VocalEssence because without that external support beyond ticket revenue, “performing arts organizations can’t be on sound footing. Anyone who cares about them has to know that and has to be willing to pitch in.”