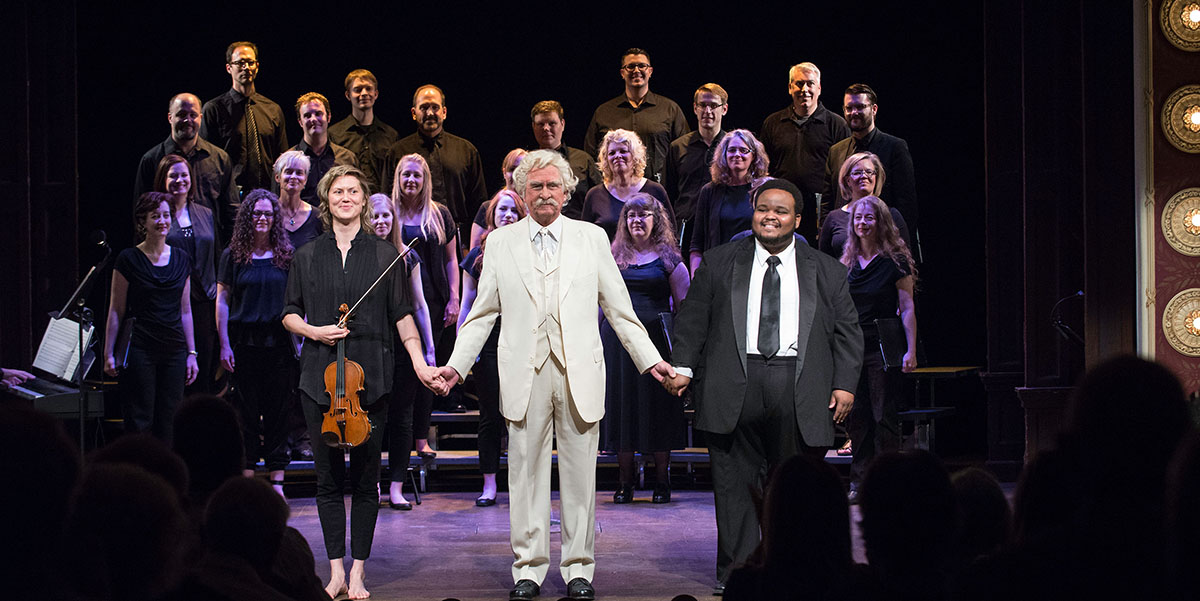 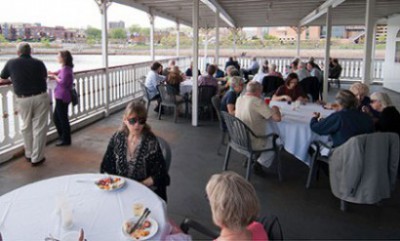 Saturday, May 2, 2015 was a beautiful day to be on the Mississippi River aboard the Minnesota Centennial Showboat, enjoying cocktails and appetizers on the Victorian Deck, followed by river songs and tales with Don Shelby as Mark Twain, fiddler Sara Pajunen, and the VocalEssence Ensemble Singers conducted by Tesfa Wondemagegnehu. Visit our Facebook album to see more photos of the event.

Thank you to everyone who attended and to all those who worked so hard on this event, which raised more than $40,000 for VocalEssence choral music education programs!

VocalEssence raised more than $3,800 on the raffle! Watch the video and read below to see who won.

Four Seasons of Wine from Haskell’s