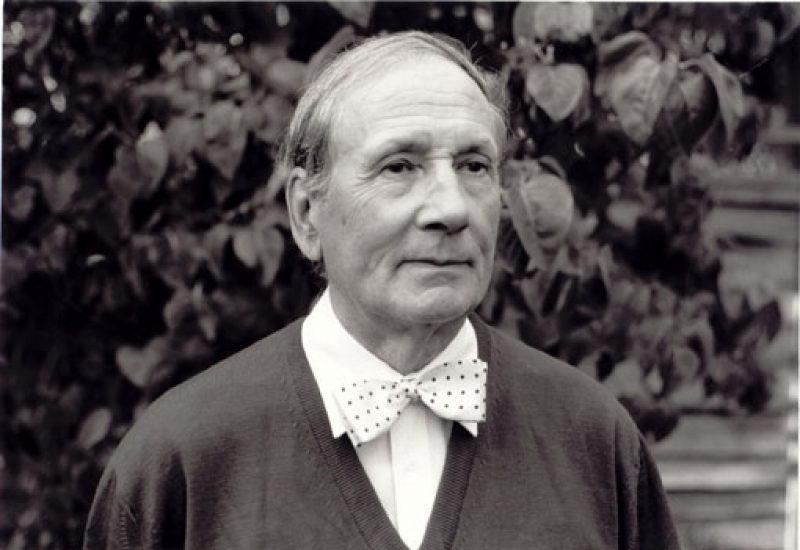 Geoffrey Bush was a British composer, teacher, and music scholar who produced a wide range of compositions across different genres, including many songs and works for choirs. He began piano lessons at the age of seven, and the following year became a chorister at Salisbury Cathedral choir school, studying under Walter Alcock. In 1933 he went to Lancing College, where his early compositional efforts were subject to harsh criticism; however, Bush met the composer John Ireland, who gave him lessons in composition. Encouraged by Ireland, Bush entered Balliol College, Oxford in 1938, on a Nettleship scholarship. He earned his B.Mus degree in 1940, but his Oxford studies were then interrupted by the Second World War. He returned to Oxford in 1945, earned an MA degree in Classics, and a D.Mus. Bush began his teaching career in 1947, serving on the faculty of Oxford and Kings College, London. Alongside his teaching, Bush composed a large number of works, including orchestral pieces, operas, choruses, and songs. His “Yorick” Overture was awarded the Royal Philharmonic Society’s prize in 1949. He was happiest writing songs and operas, many being settings of classical verse, from Chaucer, Shakespeare, Robert Herrick, Ben Jonson, and Shelley. Later in his career, he was a popular broadcaster on BBC music programs and the author of several books.