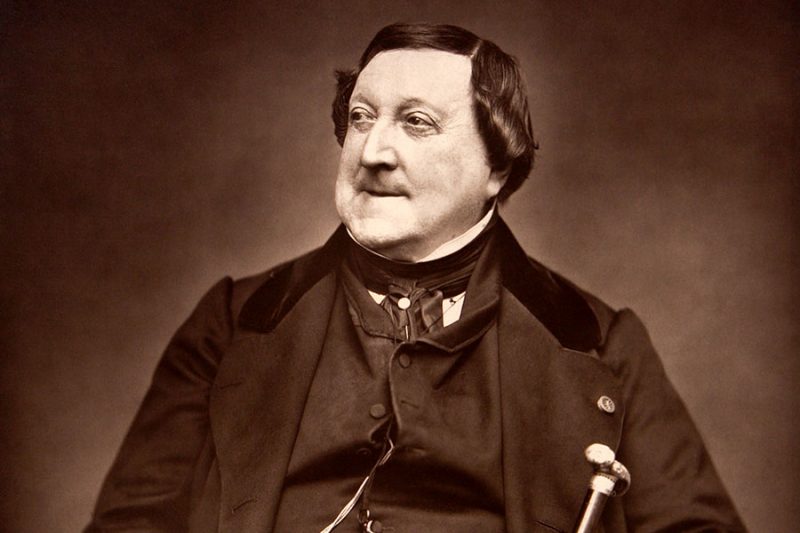 No composer in the first half of the 19th century enjoyed the measure of prestige, wealth, popular acclaim, or artistic influence as much as Rossini. He was born in Pesaro to a family of musicians: Rossini’s father taught him to play the horn, while a local canon, Giuseppe Malerbi taught him composition, and he wrote a considerable number of sacred pieces. As early as 1804, Rossini had begun to appear professionally as a singer: he organized and participated in an accademia di musica in the Teatro Comunale of Imola. By April 1806 he entered the Liceo Musicale and took courses in singing, the cello, piano, and, most important, counterpoint under Padre Stanislao Mattei. The composer of 39 operas, Rossini’s greatest accomplishments include The Barber of Seville, William Tell, and The Thieving Magpie, which VocalEssence performed years ago. After composing his 39 operas, Rossini took a nearly 40-year hiatus from composing, choosing instead to focus on nature and his life outside of the musical realm, but at the end of his life, he returned once more to composing. His vocal works feature several cantatas and choral arrangements of church hymns.