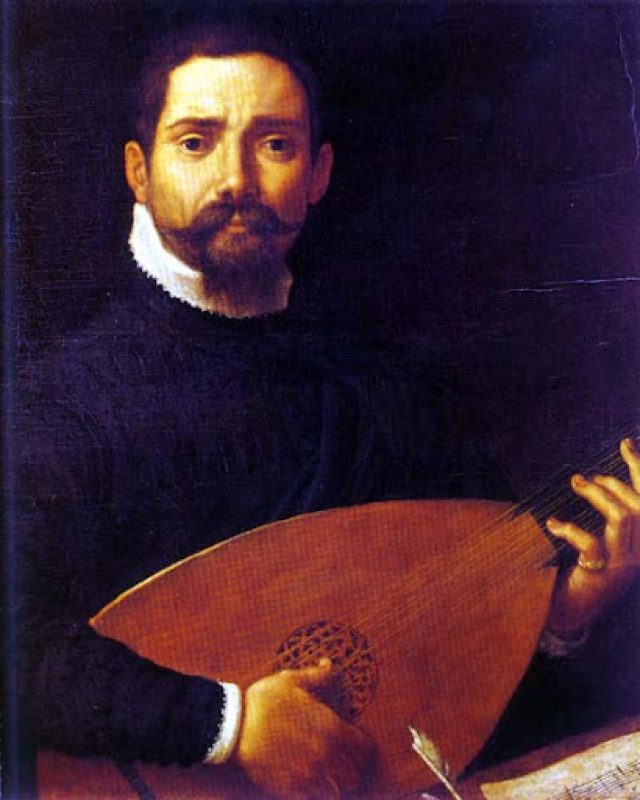 Giovanni Gabrieli was an Italian Renaissance composer, organist, and teacher celebrated for his sacred music, including massive choral and instrumental motets for the liturgy. While not much is known about Giovanni’s early life, he probably studied with his uncle, the composer Andrea Gabrieli and later went to Munich to study with the renowned Orlando de Lassus at the court of Duke Albrecht V. Soon after that Gabrieli returned to Italy, and in 1585 became the organist for the Scuola Grande di San Rocco, a religious confraternity; a post he would hold for the rest of his life. That same year, Gabrieli became organist at St. Mark’s and, on his uncle’s death in 1586, assumed his position as its principal composer (Gabrieli also edited a number of his uncle’s compositions for posthumous publication). Gabrieli became one of the first composers to write choral works including parts for instrumental ensembles; the motet In ecclesiis, as an example, calls for two choirs, soloists, organ, brass, and strings. Gabrieli wrote a number of secular vocal works (most or all of them before 1600), and a number of pieces for organ in a quasi-improvisational style.