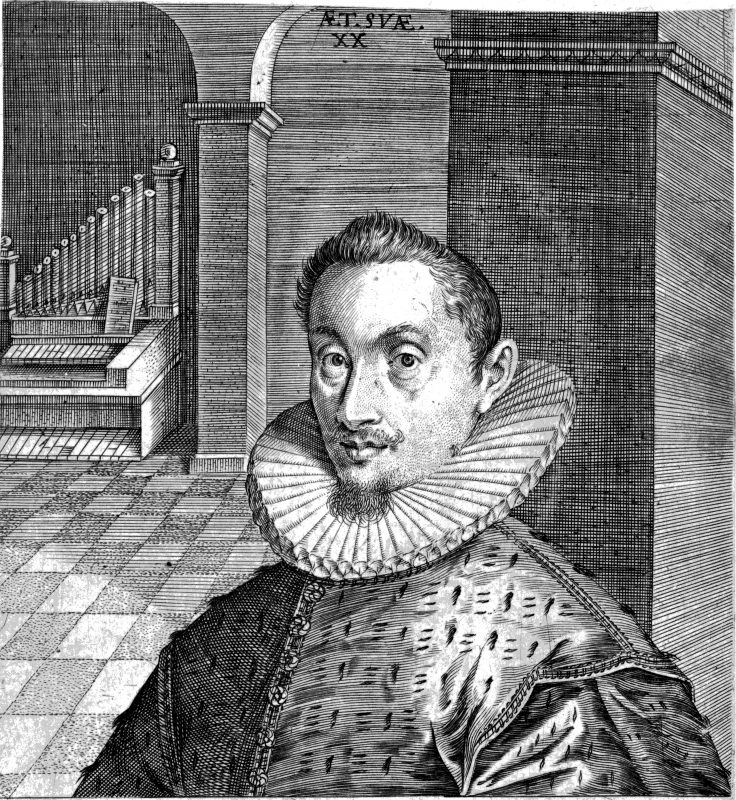 Hans Leo Hassler was a German composer and organist of the late Renaissance and early Baroque eras. Hassler was born in Nuremberg, receiving his first instruction in music from his father, the organist Isaak Hassler. In 1584, Hassler became the first of many German composers of the time who went to Italy to continue their studies; he arrived in Venice during the peak of activity of the Venetian school; composers wrote in the resplendent polychoral style, which was soon to become popular outside its native city. While in Venice, Hassler became friends with Giovanni Gabrieli, with whom he composed a wedding motet for Georg Gruber. Together they studied composition and organ playing with Andrea Gabrieli, Giovanni’s uncle. In 1602, Hassler returned to Nuremberg where he became the Kapellmeister or director of town music. While there, he was appointed Kaiserlicher Hofdiener in the court of Rudolf II. A Lutheran, he composed both for Roman Catholic liturgy and for Lutheran churches. He produced two volumes of motets, a famous collection of court songs, and a volume of simpler hymn settings. He published both secular and religious music, managing to compose much for the Catholic church that was also usable in Lutheran settings, and was a consultant to organ builders.