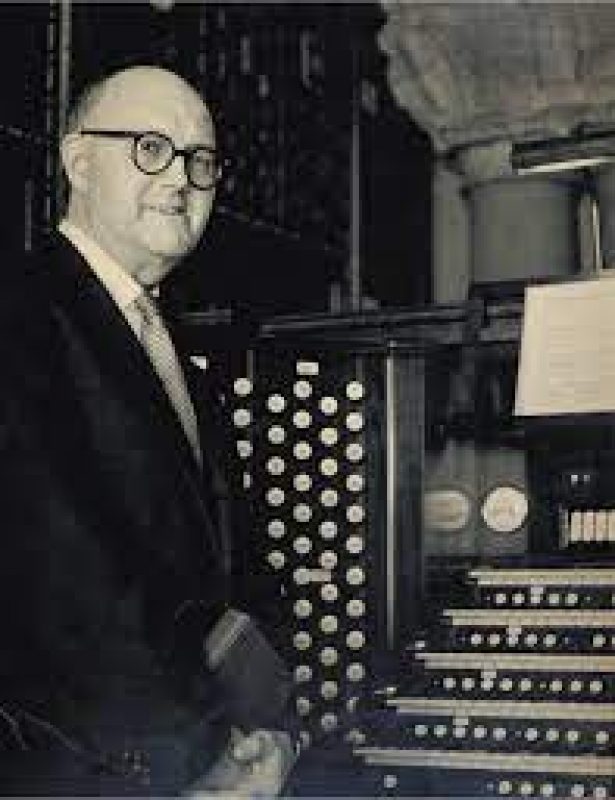 Harold Friedell was an American organist, educator, and composer of a large number of choral anthems and solo organ pieces. Born in Jamaica, New York he became the organist of First United Methodist Episcopal Church at age 16 while studying with Clement Gale and David McK. Williams. Seven years later, he was appointed Organist at Calvary Church, New York, and he also worked at St. James the Less, Scarsdale training a boys and girls choir on weekdays and playing for Sunday afternoon services. In 1929, he earned the FAGO diploma from the American Guild of Organists, its highest designation, while he continued to study at Juilliard School under Bernard Wagenaar and Roger Sessions. In 1939, he earned the F.T.C.L. diploma, the highest certificate from Trinity College London in instrumental and vocal teaching. In 1945 Friedell was appointed to the faculty of Union Theological Seminary School of Sacred Music, initially teaching composition, and later, improvisation as well. In 1957, Friedell was awarded the honorary degree Doctor of Music from Missouri Valley College in Marshall, Missouri. He also represented the AGO at the First International Congress of Organists in London.