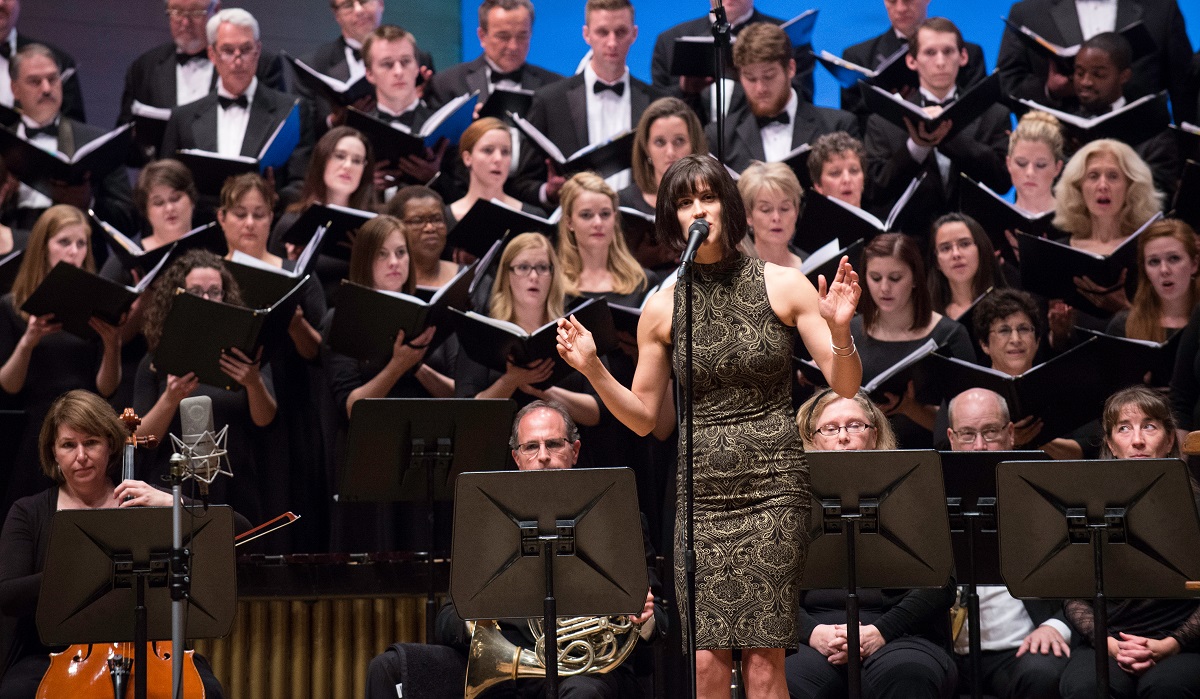 Two videos featuring hip-hop artist Dessa performing with VocalEssence at the Made in Minnesota concert in October have debuted on the National Public Radio website. “Skeleton Key” was written by Dessa, and “The Good Fight” was written by Dessa and Andy Thompson; both were conducted by Tesfa Wondemagegnehu.

“When Dessa reworks her songs with the help of Minnesota’s VocalEssence choir, it’s not a surprise, so much as another fresh adventure for an artist who’s made a career out of them,” writes editor and reviewer Stephen Thompson, linking to a 2010 interview with Philip Brunelle, VocalEssence artistic director and founder.

Read more and see the videos on the NPR website.