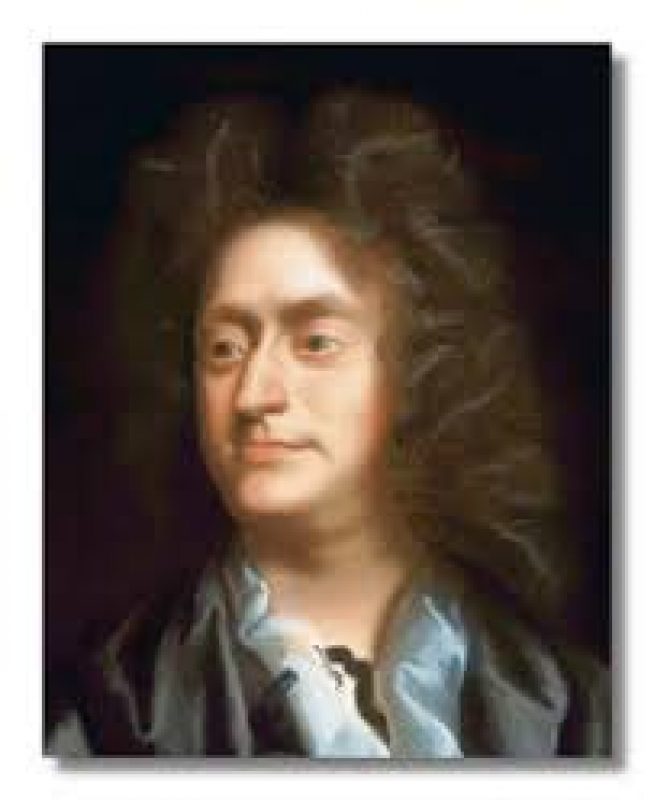 Henry Purcell, the most important English composer of his time, is best remembered for his more than 100 songs, a tragic opera, his anthems, and his incidental music to a version of Shakespeare’s A Midsummer Night’s Dream. Purcell received his primary education as a chorister at the Chapel Royal. He later studied with John Hingston, and tuned organs at Westminster Abbey where he later became the organist. Purcell began his compositional career writing instrumental orchestrations for Charles II, later writing anthems, for full choir or with sections for soloists, between 1680 and 1685. The style of his full anthems shows a great respect for older traditions, while his verse anthems were influenced by Pelham Humfrey, who had acquired a knowledge of Continental styles when he was sent abroad to study in the mid-1660s. A favorite device used widely by Purcell in his secular music was the ground bass (a short melodic phrase repeated over and over again as a bass line, with varying music for the upper parts). This device can have an invigorating effect in lively pieces, while in laments it can intensify the expression of grief. Additionally, Purcell received considerable acclaim for his opera, Dido and Aeneas, and incidental music he wrote for plays. Although most of his works were published after his lifetime, Purcell’s works remain a staple for classic vocalists and instrumentalists alike.