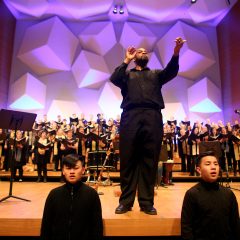 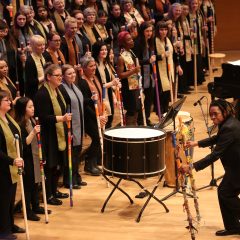 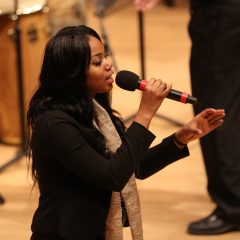 In case you missed it, these were just a few high points from the 2017 VocalEssence WITNESS concert at Orchestra Hall:

1. Hearing songs from three local composers (Daniel Kantor’s “River Holy”, Emily Feld’s “The Gift to Sing”, and Jake Runestad’s “We Can Mend the Sky”). The concert served as the world premiere of Feld’s composition.

2. Seeing Associate Conductor G. Phillip Shoultz, III, conduct the audience as nearly every person in Orchestra Hall sang the refrain: “If we come together, we can mend the crack in the sky.” The lyrics originated from a poem written by Warda Mohamed, a 14-year-old student from the Minnesota International Middle School in Minneapolis.

3. Watching Melanie DeMore command the stage during the second half of the program. She shined – lifting the audience up with her every exuberant movement and word.

4. Feeling the visceral power of Gullah pounding sticks as the VocalEssence and Youth choruses pounded the beat, singing “Running for freedom, going home” from DeMore’s song, “Sanctuary,” which was composed specifically for the 2017 VocalEssence WITNESS program.

5. Seeing students from two middle schools and two high schools perform at Orchestra Hall as part of the Youth Chorus, including two soloists who rapped the powerful verses in the show’s final song, “Glory” from the 2014 film Selma.

What did you think of the concert? We’d love to hear from you! Email us at info@vocalessence.org. 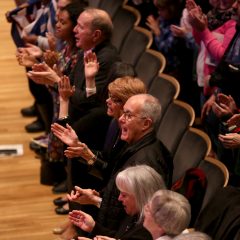 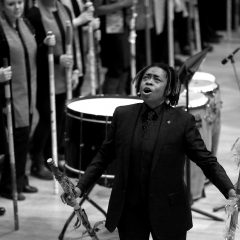 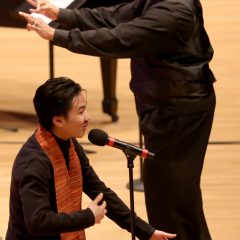 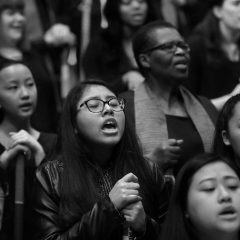 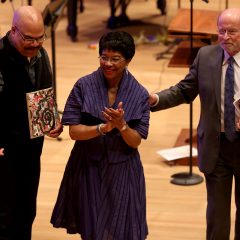 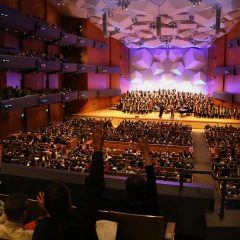