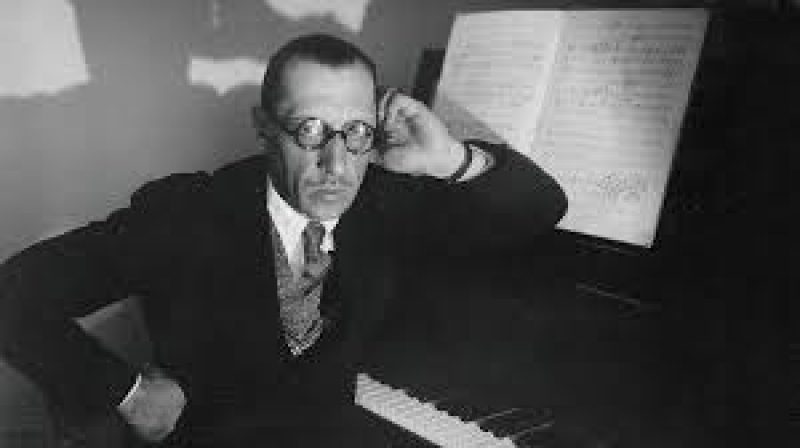 Igor Stravinsky was a Russian-born composer whose work had a revolutionary impact on music before and after World War I and whose compositions are examples of modernism within the music of his era. Born into a musical family, Stravinsky’s father was one of the leading Russian operatic basses of his day, and the mixture of the musical, theatrical, and literary spheres exerted a lasting influence on the composer. As a boy he was given piano and music theory lessons, studied law and philosophy at St. Petersburg University, gradually becoming aware of his vocation for musical composition. In 1902 he showed some of his early pieces to the composer Nikolai Rimsky-Korsakov, who agreed to take Stravinsky on as a private student. Several of Stravinsky’s student works were performed in the weekly gatherings of Rimsky-Korsakov’s class, and two of his works for orchestra were played by the Court Orchestra in 1908. Stravinsky wrote three ballets, including The Rite of Spring, which sparked protests among audience members for its modern dissonances, and unique compositional style. In 1951, he completed his opera The Rake’s Progress to a libretto by Auden and Kallman based on the etchings of Hogarth. It premiered in Venice that year and was produced around Europe the following year before being staged at the Metropolitan Opera in 1953. Stravinsky’s experimental use of dodecaphony (12-tone scales) in works such as Threni, and A Sermon, a Narrative and a Prayer (1961), later defined his career; his works remain largely popular throughout the world.