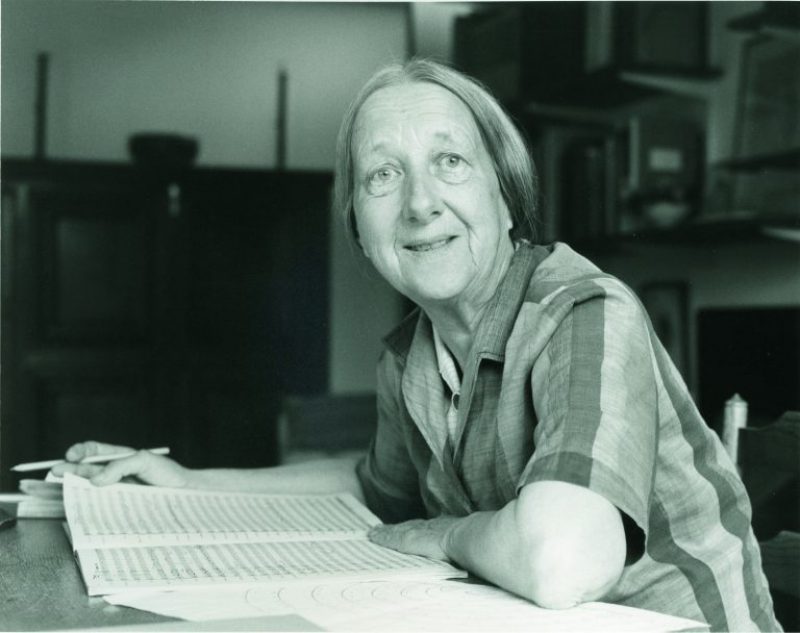 Imogen Holst was a significant 20th-century English writer on music, conductor, composer, and administrator. The daughter of Gustav Holst, she studied composition at the Royal College of Music with George Dyson and Gordon Jacob. She won the Cobbett Prize in 1928 and the Octavia traveling scholarship in 1930. Holst later became a traveler for the Council for the Encouragement of Music and the Arts (CEMA) and in 1942 was appointed Director of Music at Dartington Hall. During her work with Benjamin Britten, she produced the piano reductions of Noye’s Fludde and the War Requiem. Additionally, her conductorship of the Purcell Singers involved much editing of Renaissance and Baroque music, and she continued as Co-Artistic Director of the Aldeburgh Festival until 1977 when she retired to devote more time to writing about her father. Holst’s choral output includes music for amateur treble choirs and is linear in construction.