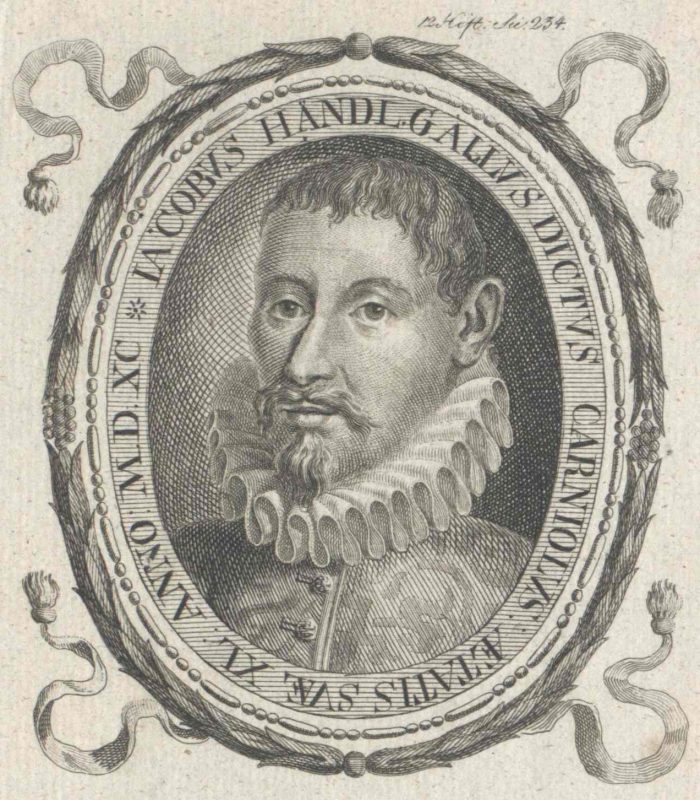 Jacob Handl/Jacobus Gallus was one of the most respected and serious composers of the late Renaissance period in Austria. Around 1565, he went to Austria to make his fortune. He arrived in Vienna about 1568 and it is sometimes stated that during this period he became a monk. In 1579 or 1580, he was appointed choirmaster to the Bishop of Olmütz (now Olomouc, Czech Republic), Stanislas Pavlovsky. He remained there for five years and then took the post of Kantor of St. Jan na Brzehu, Prague, a post he retained until his death. Most of Handl’s work consists of sacred Latin settings. The bulk of it is a group of 374 motets making up music for the Proper of the Time, certain Marian festivals, the Common of Saints, and several festivals from the Proper of Saints. The musical style is derived from Netherlands polyphony. He also wrote 20 masses, often on themes he had devised for motets. His secular music uses texts from Ovid, Vergil, Catullus, Horace, and other classical Roman poets.