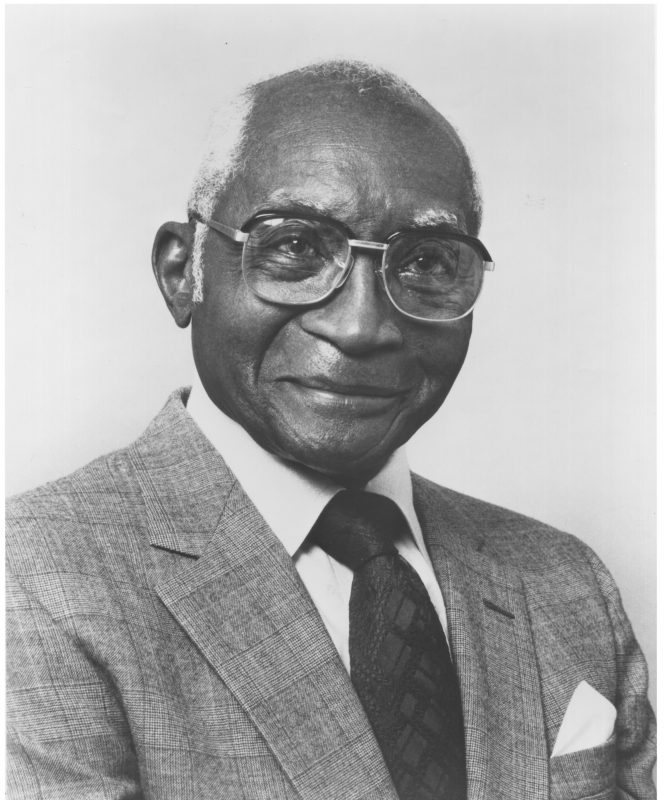 Jester Hairston was an American actor, composer, songwriter, arranger, choral conductor, Goodwill Ambassador, and expert on Spirituals. He was born in Belews Creek, North Carolina, the grandson of a slave, and was raised in Pittsburgh. He enrolled in college in 1920 at Massachusetts Agriculture to study Landscape Architecture, and though he did not finish a degree at that time, he was later awarded an honorary Doctorate in 1972, and given the Distinguished Alumnus Award from the Department of Music and Dance in 1992. After leaving Massachusetts he attended and graduated from Tufts University in 1928, and studied music at the Juilliard School. He is best known as an actor for his roles in television sitcoms. As a songwriter, he is best known for the song “Amen” which he wrote and recorded for the film “Lilies of the Valley.” He wrote the Christmas song “Mary’s Boy Child,” composed over 300 other Spirituals, and was the choral director for Hollywood’s first integrated choir.  In addition to his work with choirs and spirituals in the United States, he performed folk music and spirituals all over the world in the 1960s as a Goodwill Ambassador.