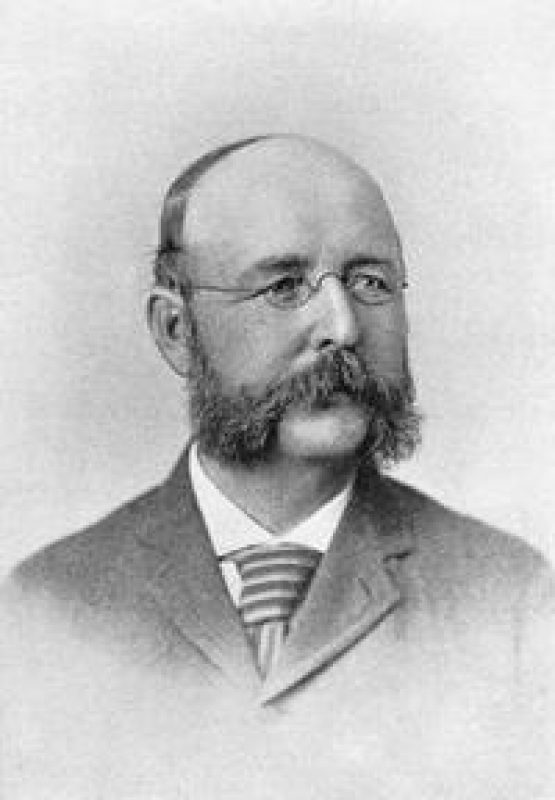 John Knowles Paine was the first American-born composer to achieve fame for large-scale orchestral music. In the 1850s Paine took lessons in organ and composition from Hermann Kotzschmar, completing his first composition, a string quartet, in 1855 at the age of 16. After his first organ recital in 1857, he was appointed organist of Portland’s Haydn Society, and gave a series of recitals with the object of funding a trip to Europe where he hoped to further his music education. On arrival in Europe, Paine studied organ with Carl August Haupt and orchestration with Wilhelm Friedrich Wieprecht in Berlin. After returning to the US and settling in Boston in 1861, he was appointed Harvard’s first University organist and choirmaster.  Paine’s well-received 1867 Berlin premiere of Mass in D gave him a reputation that helped him to shape the musical infrastructure of the United States. His pioneering courses in music appreciation and music theory made the curriculum of the Department of Music at Harvard a model for American Departments of Music. His service as a director of The New England Conservatory of Music (and the lectures he gave there) establish his place at the root of an instruction chain that leads (through Eugene Thayer) from George Chadwick to Horatio Parker to Charles Ives. He is also known for writing America’s first oratorio (St. Peter), the Centennial Hymn that (with orchestra) opened the 1876 Centennial Exposition in Philadelphia, was a founder of American Guild of Organists, and co-editor of “Famous Composers and their Works”.