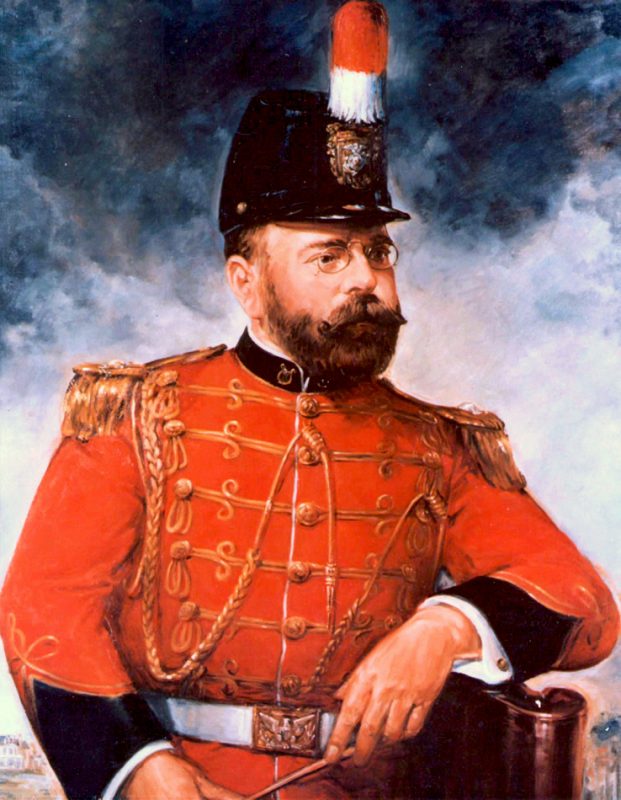 Composer of the official national march of the United States, The Stars and Stripes Forever!, John Philip Sousa, known as the “March King,” was the most important figure in the history of bands and band music. John Philip, the third of ten children, was born to immigrant parents. During his youth, he attended the Esputa Conservatory of Music (Washington, D.C.) in the evenings, where he studied singing, violin, piano, flute, and several brass instruments. He was about to run off with a circus band when his father had him enlisted as an apprentice musician in the US Marine Band at the age of 13. After leaving the Marine Band at age 20, Sousa continued working as a violinist and conductor at several Washington theaters; at that time his works included orchestrations of several Gilbert and Sullivan operettas. El Capitan, one of fifteen operettas he composed, premiered in 1896 and was the most important 19th-century operetta by an American composer. Despite his popularity as a band composer with more than 135 marches, Sousa also wrote nearly 70 vocal works. A few are of a minstrel type, but these are far outnumbered by his serious songs which characteristically employ simple melodies, harmonies, and rhythms, with very little syncopation, and straightforward chordal accompaniments. His choral works, much like his marches, featured a strong attraction to patriotism, war, and courage, furthering Sousa’s popularity among American choruses and bands alike.