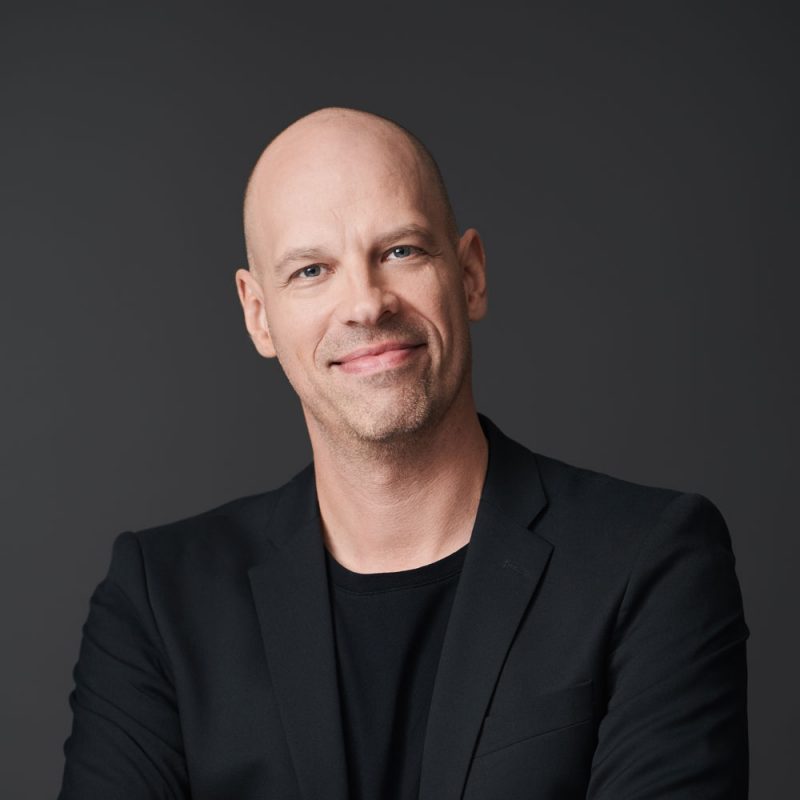 Finnish composer and vocalist, Jussi Chydenius is a pioneering choral composer whose music combines pop and jazz harmonies to create vital original works. Born in Helsinki, he was very much involved in music and theatre from an early age. His interest in music evolved from constant listening into playing the drums at the age of fourteen, which later he pursued after high school. He was a founding member of a Finnish rock band ‘Don Huonot’ from 1989 until 2001. Chydenius got to know choral singing in the Sibelius High School in Helsinki, where he sang in the chamber choir, and later, he sang 2nd bass in the chamber choir ‘Grex Musicus’. He wrote his first a cappella songs in 1995, and in the fall of 1997, five of his talented friends joined him to form the choral group, Rajaton. Chydenius has published a number of acclaimed choral works, which are performed by choirs and vocal ensembles throughout Europe and North America. His music combines a traditional choral sound with influences from pop and jazz to create works that are fresh, vibrant, and accessible.